Our Number 1 Casino
Play Creature From the Black Lagoon

The NetEnt video slot adaptation of the classic game has taken on cult status amongst hordes of fans around the world.

Details about the slot Creature From the Black Lagoon

They say anything sufficiently old will become cool again. We’ve certainly seen signs of that coming true. After all, how many Art Deco themed slots have come out in the last two-three years?

We’re certainly not opposed to it. There are way too many cool things left behind in our past to waste them. Like the mysterious monster from Creature from the Black Lagoon, a popular 1964 horror flick. Now, it rises once again, powered by NetEnt’s magic!

Creature from the Black Lagoon has five reels, and 20 fixed paylines. The movie inspirations are obvious, as the game even uses the same characters! Far from the best looking release the software provider ever put forward, but it’s certainly above average. To win, collect three or more identical symbols in adjacent positions, starting from the leftmost reel.

The old-timey theme is most evident when you look at the symbol designs. We have to praise NetEnt for resisting the inclusion of playing card royals. Instead, in-game icons are tools that you bring to the lake. We particularly like the design of the human symbols. They’re all wonderful call-backs to the original 1964 movie

If you’re brave enough to dive into the lake’s murky depths, you will be rewarded with various special features. Players will have access to re-spins, sticky Wilds, and a free spins bonus with spreading Wilds and extra free spins. It perfectly balances that line of feature-heavy and so-damn-fun. Especially when you combine re-spins and free spins for a juicy win!

The four human characters from the movie are the most valuable icons in the game. The top prize definitely goes to Kay!

How to Play Creature from the Black Lagoon

Creature from the Black Lagoon is played on a 5×3 board with 20 fixed paylines. It has a fantastic set of special features, well worth your time and effort! Your minimum stake starts at 0.20 and can increase up to 100.00 per spin. A solid betting range for a medium-high variance title.

There are two special features to consider in this slot. This is how they work.

During normal gameplay, when a Wild lands on the board, it becomes sticky. Punters get a single re-spin, during which additional Wilds can appear. If more Wilds land on the playing field, then you get another re-spin. This continues until no new Wilds appear on the reels.

Collect three, four or five Scatters to win ten, fifteen or twenty free spins. While free spins are being played, you fight against the monster. Each time a target icon appears on reel five, the creature is shot, and part of its health is damaged. As it loses health, players progress through levels, unlocking extra perks. These perks include spreading Wilds and extra free spins.

We Selected Another One For You

Play For Free
Creature From The Black Lagoon 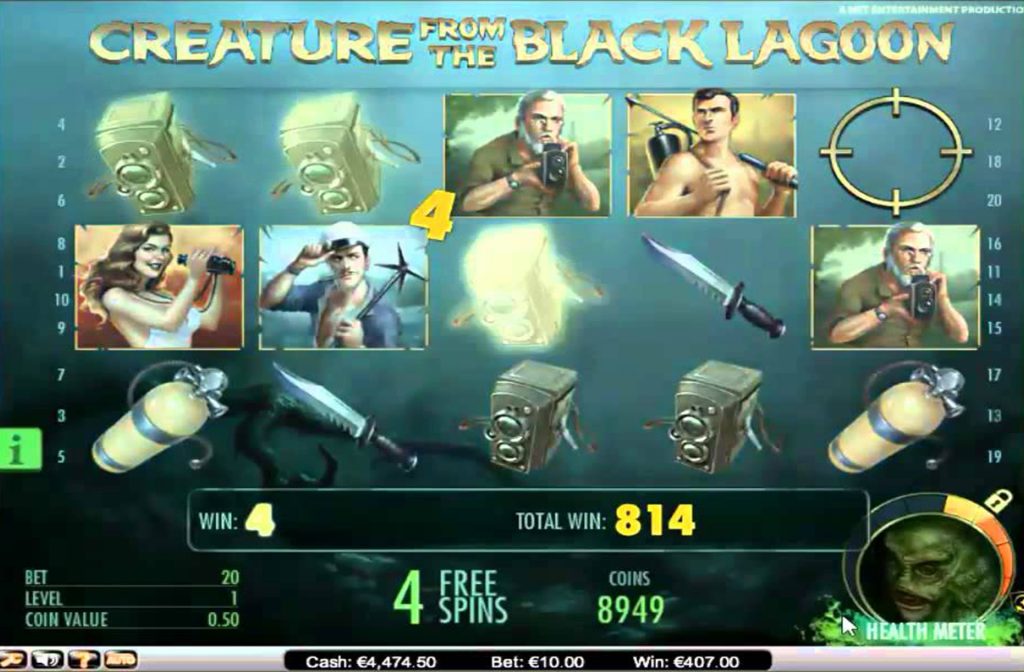 Big Wins Are Possible With Creature From The Black Lagoon 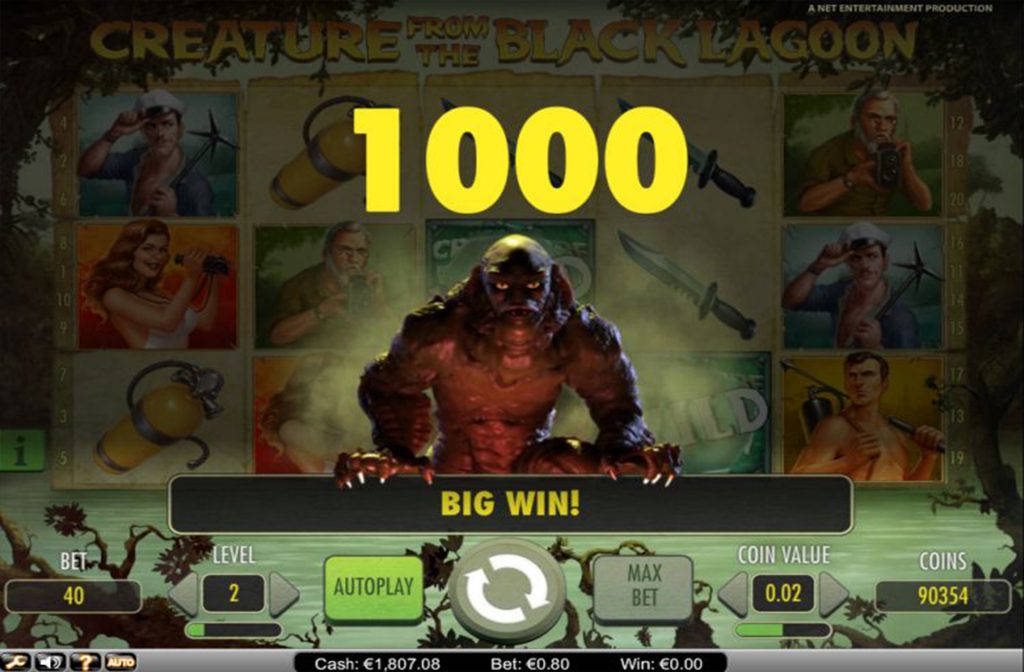 You Can Win Free Spins 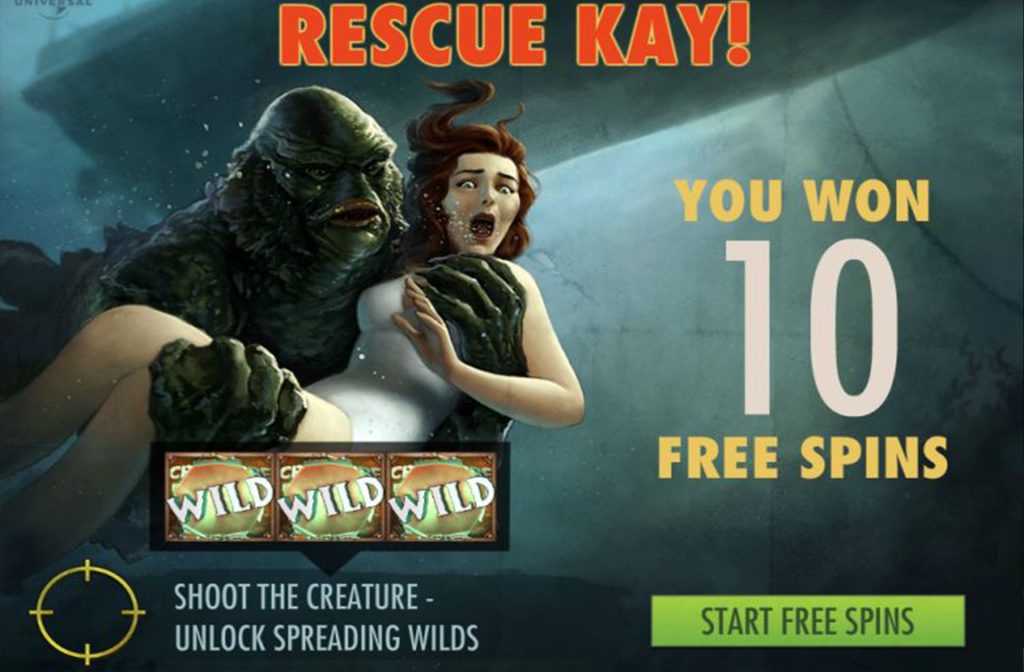 If all you want is a game which you’ll play a few times and promptly forget, you’re at the right place. The bonuses are fun, and the theme inspired by the movie is unique. But the payouts aren’t that great and tend to be the most disappointing part of this release.

Despite having some flaws, we still think Creature from the Black Lagoon is worth checking out at an online casino.