Irish theme is hardly a novelty in the world of online slots, but if anyone can use a worn out story and make it super-exciting, it’s NetEnt.

The lucky leprechaun called Finn comes back to observe the gameplay at his favorite pub. Once again he doesn’t get directly involved.

You won’t need his help anyway thanks to avalanches triggered by winning combinations. There are 2 randomly activated features, and a Free Spins bonus round with multipliers.

Just like its predecessor Finn & The Swirly Spin, this game uses the swirly mechanic. This system makes symbols appear in a spiral pattern. Reel positions are filled with a variety of bottles and jugs. And three or more matching ones have to land in any vertical or horizontal line in order to win. Coins of different denominations will pay the total sum of their individual values.

Wild Star familiar from the original title now wears an eye patch but can still sub for all other icons except for the Free Spins trigger. If it stands in for a Coin, its value is determined randomly. Wilds can’t pay on their own except when no other match is possible; they will then be assigned a random Coin value.

Free Spins Chest symbol initially occupies the bottom left position. It will slowly move towards the center with each avalanche and, by being at the right place at the right time, trigger Free Spins. Before that happens, you may get to boost your balance with two random features.

How to Play Finn’s Golden Tavern

The game plays on a 5×5 grid fashioned like a maze. Rather than fall from above, symbols appear one after another starting with the “entry” point and finishing with the dead-end marked with “X”. Players can change the bet per spin by setting the coin value between €0.01 and €5.00. As a result, one spin will cost them €0.10-€500.

Beer-loving Finn is not as generous with bonuses this time around but still makes sure you get all the help you need.

The feature which is also known as cascading reels makes all winning symbols explode and fills vacant positions with a new set. NetEnt’s execution is a bit different as symbols move in the same swirly manner described earlier rather than simply fall from above. If a win contains a Wild, the latter will explode and destroy vertically and horizontally adjacent icons. It you manage to win without the help of a substitute, a new Wild will appear in the position previously occupied by one of the regular winning symbols.

A non-winning spin can randomly trigger the Fist Slam feature which prompts our cheerful leprechaun to slam his fist on the table and thus move a coin symbol to a position that guarantees a win. The feature can activate only when there are two coins in adjacent positions and a third one elsewhere on the reel area.
Random Coin Feature
After all avalanches end, the Random Coin feature may activate and transform 1 or 2 low-win symbols in the central position or the loop surrounding it into a Coin icon.

If Free Spins Chest symbol ends up in the center of the maze once the reels stop cascading, you’ll get to play 5 rounds on the house. Instead of a choice of 4 different Free Spins bonus rounds featured in the original title, this time there’s only one which uses an increasing win multiplier. The multiplier meter is fuelled by Wild icons generated via avalanches. For every five steps (=five Wilds), the multiplier increases by 1. The Random Coin feature remains active.

All thes bonuses create a lot of fun. If Free Spins Chest claims the central position once all avalanches end, it will trigger the Coin Bonus feature which replaces low-win symbols with Coins. Should this replacement fail to create a win, additional Coins will be added until the spin finally pays. Currently, active multiplier boost Coin wins as well. 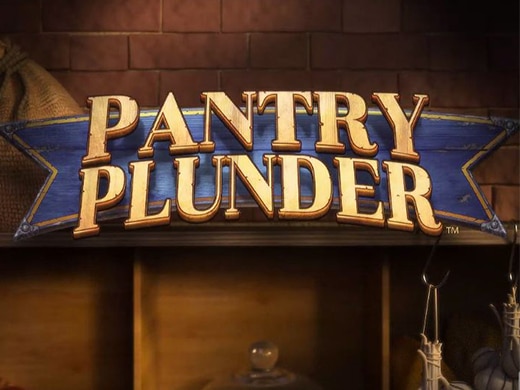 Finn & The Swirly Spin is a slot with many special features. Some players will find it way too complex and choose to look for a simpler alternative. To prevent that from happening, NetEnt has simplified the gameplay. But there are still enough extras to make sure its title is fun to play. The betting range starts at only €0.10 and goes way up to €500 per spin. That will guarantee that the game will appeal to a large audience.