Ozzy Osbourne is a branded slot from NetEnt with authentic music from legendary Ozzy in the background. Ozzy was a pioneer when it comes to hard rock, and he became legendary for crazy stunts like biting the head of a bat on stage.

Details about the slot Ozzy Osbourne

Ozzy Osbourne, probably one of the greatest metalheads. At least one of the most famous ones. Famous enough for The Net Entertainment Company to develope an online slot as a tribute to this famous artist.

Following on popular slots as Guns ‘N Roses, Motörhead and Jimi Hendrix NetEnt thought is was time for a new big name to release. No one less than Ozzy Osbourne is the headline act in this concert.

The Ozzy Osbourne online slot is a 5 reel game with 20 paylines developed by NetEnt. At first glance, this epic rock slot features the Prince of Darkness, may appear to be a relatively simple offering. But once you get used to the slot, you’ll like playing it. To win, simply collect three identical symbols in adjacent positions, starting from the leftmost reel.

The pay symbols start at the low end with the card suits – spade, clubs, diamonds and hearts – each marked with an Ozzy-linked item – blue rose, cross, skull and raven respectively. A flying bat marked with the word itself is the wild symbol, substituting for all regular symbol.

The Ozzy Osbourne slot is a branded game based on the rock legend that has sold more than 100 million albums as a solo artist and the lead singer of Black Sabbath. The Symbol Charge Up is crucial to the gameplay in the Ozzy Osbourne slot game. If you like Ozzy’s music, this slot won’t disappoint you. There is a bonus button that you can click. If you do, it will cost you 40 coins per spin meaning your stake will be doubled. Once activated, more free spins can be won and multiplier values in the Free Spins feature increase from 2x and 3x to 5x and 7x respectively.

The 4 high value symbols are all portrayed by Ozzy Osbourne himself – the bloody Ozzy Osbourne symbol is the most rewarding with 3, 4 or 5 on a payline giving you 5, 15 or 50 times your total stake.

How to Play Ozzy Osbourne

This release is played on a 5×3 board with 20 fixed paylines. It’s only after its special features come out to play that you realize what you’ve gotten yourself into! The minimum stake in this game starts at 0.20, perfectly fair for the 20 fixed paylines it offers. 50.00 per game round is the maximum bet.

The wagers are what you would expect from a game with 20 fixed winlines. Your minimum stake is 0.20, which is a fair asking price.

The Ozzy Osbourne Slot has got some nice bonuses.

Sscatter symbols which appears on reels 1, 3, and 5. If you land two during the base game, the Re-Spin feature comes into play whilst also activating the Charge Up feature. Firstly, the Symbol Spinner determines the symbol that is awarded a feature for the re-spin. Then, the Feature Spinner defines the feature that is applied to the designated symbol for the re-spin.

You can also activate the Free Spins feature the traditional way by landing 3 scatter symbols on reels 1, 3, and 5 simultaneously. When playing at the base bet, the feature will award 4 spins for the feature, and when playing with the bonus bet, you will get awarded with 5 spins.

During the Respin and Free Spins features, the Symbol Charge Up is active first, and the Symbol Spinner defines the symbol. After that, the Feature Spinner defines the feature. That applies to the chosen symbol during the Respin or Free Spins. Any symbol except for the Wild symbol can appear on the Symbol Spinner. The Symbol Charge Up is crucial to the gameplay in the Ozzy Osbourne slot game. Here are the features that can appear in the Feature Spinner: 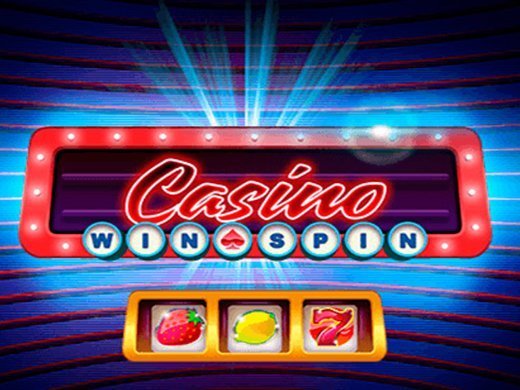 You may or not be a fan of Ozzy Osbourne, but this game is definitely worth a shot. RTP rate ranges between 96.30% and 96.67%, and the slot packs medium volatility. We must confess, for a game that’s based on an artist that became known for chewing on bat heads on stage, the slot is disappointingly tame. But still, we enjoyed playing this slot.

Either way, we’re convinced that Ozzy’s fans will surely love the game.