One of the most popular NetEnt releases gets the Megaways treatment, and we love what we have learned so far about it.

The first Twin Spin slot was launched back in 2013. Since then, it has earned cult status among slot enthusiasts for its mechanics. Two reels containing identical symbols spinning together on each turn.

The original NetEnt title combines the charm of a fruit machine with modern features. This slot has 243 ways to win.

Four years later, in 2017, NetEnt launched an updated version of the game, Twin Spin Deluxe. It keeps the best of the original title and adds more innovative features to elevate the gameplay. The sequel uses the Cluster Pays mechanics with 6 reels, players can benefit from up to 6 matching reels.
2020 will see the launch of the third version of the legendary game, Twin Spin Megaways. Let’s find out more about it.

Twin Spin Megaways is all about the super-exciting mechanics allowing players to win in up to 117,649 ways. Still using 6 reels. The provider is quite secretive about the visual appearance of the upcoming game. The launch is set for 12 November. We believe that it will keep its stunning graphics and animations with traditional fruit machine icons populating the reels.

Both Twin Spin and Twin Spin Deluxe boast eye-catching visuals. Reels set within a neon-lit venue where lights pulsate as you spin them. We expect nothing less from the new game. This will be the first Megaways title in NetEnt’s portfolio.

As for the bonus features, Twin Spin Megaways will keep the Twin Reel feature that can make all the reels identical. Besides, the game will offer free spins and the Avalanche feature. This feature is well known from the Megaways edition of Gonzo’s Quest developed by Red Tiger Gaming.

How to Play Twin Spin Megaways

The 6-reel slot will provide you with a different number of ways to win on each spin. In Twin Spin Megaways you only need to land matching symbols on adjacent positions left to right to win a prize.

So far, we have no information on the betting range or the maximum payout. As for the former, we hope that it will follow the pattern of most NetEnt slots. This means that the game will suit all kinds of players, regardless of their budget. On the other hand, Megaways slots are typically highly volatile. That means that they pay less frequently but award higher payouts. This may not be the best option for newbies. High volatility slots will provide you with an opportunity to win big in a single spin.

As soon as Twin Spin Megaways launches, you will be able to give it a try on this page and see whether it suits you. If you want to give it a go in real-money mode, make sure to choose one of the reputable online casinos featured on our website.

The bonus feature that has made the original title popular is Twin Spins. It is available in the Twin Spin Megaways slot as well providing you with two or more reels containing symbols of a kind. When it comes to this version of the game, the Twin Spin feature will not only clone the symbols but the number of positions on the reels, affecting the number of winning ways in the process.

Based on Gonzo’s Quest Megaways, we suppose that the Avalanche feature will be available throughout the game. On every winning spin, the successful symbols will be removed, and new ones will drop into their positions. Unfortunately, it seems there are no increasing multipliers applied to avalanches in this one.

Twin Spin Megaways also features Wild that will complete your winning combos and pay the top prize of the unknown value at the moment of writing this review. Also, the game offers Scatter responsible for triggering a Free Spins Bonus. You need 5 or more of these to enter free spins. That’s when multipliers come into play. Wild has a 2x or 3x multiplier attached. Whenever it is a part of a win, Wild will increase the number of the winning symbol on the respective reel by 2 or 3. 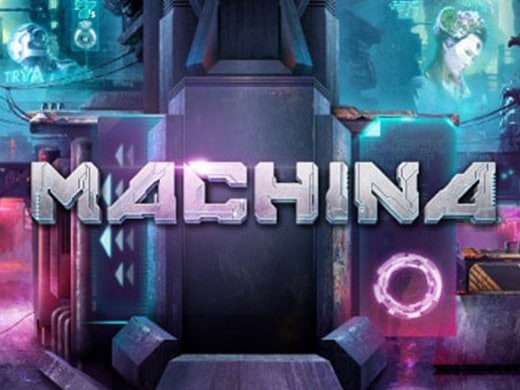 How Do You Get Free Spins?

If during the game, 5 scatter symbols appear, you will receive 15 Free Spins.

Who is the Developer of Twin Spin Megaways

This slot is powered by NetEnt Entertainment.

Which Provider Invented The Megaways System?

We may not know much about the upcoming NetEnt release, but we know one thing for sure – it will provide you with more fun and more opportunities to hit larger prizes. Twin Spin Megaways will definitely live up to its name and to the popular mechanics patented by Big Time Gaming that has changed the world of online slots.