The slot is scheduled to be launched later this year. The new Game of Thrones® arrives six years after the successful release of the first product from HBO and Microgaming’s partnership.

Microgaming and HBO signed a deal six years ago for the release of the first-ever Game of Thrones® branded slot game. 2014 was the year when the online gambling industry first received GOT characters on the reels. The slot was immensely successful among online slots players who were also fans of the hit HBO series.

Game of Thrones took global mainstream audiences by storm and became the number one most popular entertainment brand in the world. The TV series was nominated for 160 Emmy® Awards, out of which it managed to scoop 59 wins throughout the years, and seven Golden Globe Award nominations, with one win. Season eight alone, the last season of the hit series, reached a mind-blowing status, being watched by more than 19.3 million viewers all across the globe, on all HBO platforms.

As such an epic series, it has given rise to a number of officially licensed products, including Microgaming’s mega-popular Game of Thrones slot game, available in both 15 paylines and 243 ways to win.

The new Game of Thrones® Power Stacks™ will be released later this year, and it will feature all of your favourite GOT characters. You’ll be taken on a new pursuit for rewards all throughout the Westerosi world, on an entirely new GOT journey. Slingshot Studios, the independent studio that provides high-quality content for Microgaming on an exclusive basis, is the studio responsible for the development of the new GOT branded online slot. At the ICE London 2020, in just a few days, Microgaming will be celebrating the new slot, even though its release is scheduled for later this year. 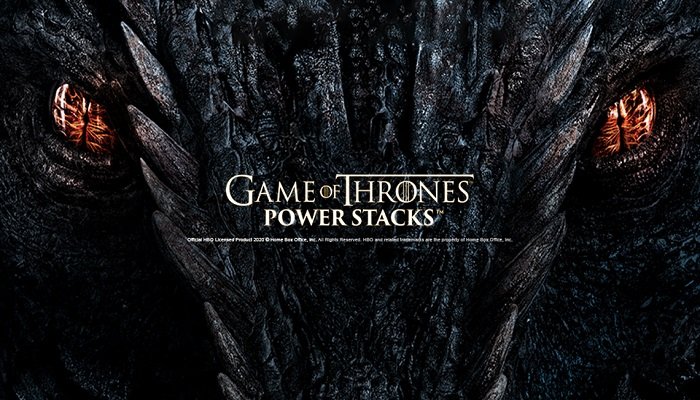 Microgaming’s Statement on the Latest GOT Slot

Jean-Luc Ferriere, Microgaming’s Chief Commercial Officer said that the Game of Thrones® brand has had viewers devotedly follow it, and has gotten incredible media attention. Everyone at Microgaming was, therefore, excited to extend the relationship with HBO to create and release a new Game of Thrones branded online slot that built on and honoured the brand’s spectacular popularity.

In the spirit of the show, Ferriere added, Microgaming would be working hard to deliver a feature-rich, quality slot so that players could enjoy an authentic Game of Thrones®-themed slot experience.

This is where you'll be able to try out the newest Game of Thrones® Power Stacks™ slot:

Considering Game of Thrones® slot, both in 15 paylines and 243 ways to win versions, has seen real success, the addition of the Power Stacks™ feature will make things far more exciting in the new release. And, having in mind Microgaming promised to work hard to make it a high-quality slot with all our favourite GOT characters on the reels, you can bet that it will be a real masterpiece of a slot.

NetEnt Partners with Fashion TV to Deliver The Trillionaire