Pragmatic Play has revamped one of its greatest hits, Buffalo King, this time adding the mega-popular Megaways mechanics to the mix. Buffalo King Megaways is here!

The developer shared the news about the release recently, and the game is already available across all online casinos powered by it, joining its portfolio of award-winning slots, bingo and Live Casino games.

The Buffalo King, one of Pragmatic Play’s signature characters, returns on the reels in the newest title from the developer, Buffalo King Megaways. The leading online gambling software developer has invited players to check out its latest take on a returning epic title, which now features the industry-leading Megaways mechanics.

You’re taken back in the prairies of North America, to join the biggest beasts out there, in the highly volatile, 8×6 video slot, which offers 200,704 ways to win. You’ll join the buffalo, the moose, the cougars, the eagles and the wolves across the reels, and you’ll be able to enjoy a high-quality adventure.

The Cascades kick in after every win you make, after which the winning symbols are removed from the reels and new ones fall into their place. There’s also a Free Game, which you can trigger when you land four or more Scatters on the reels. You will trigger the Free Spins, but also scoop a prize of 5x, 20x or 100x the stake, depending on whether you’ve landed 4, 5 or 6 Scatters when you triggered the feature. 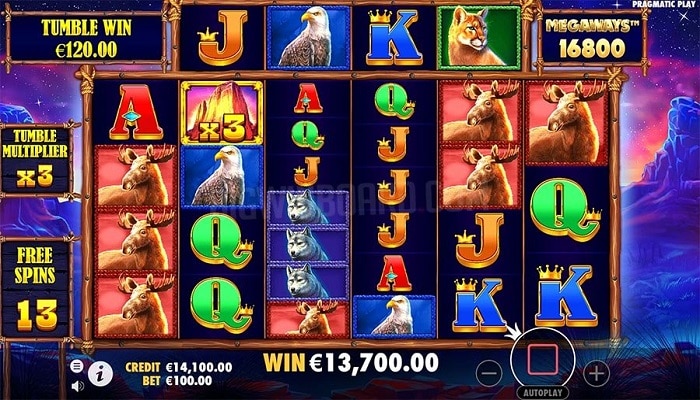 Wilds are appearing with Multipliers attached to them, of up to 5x, which accumulate on individual tumbles. And if you don’t want to wait for the Free Game to trigger organically, you can always purchase your way in at the cost of 100x the stake before any spin. If you land three or more Scatters during the bonus game, you’ll get five extra rounds to play. Overall, the slot can deliver a staggering 5,000x the stake prize when you least expect it, so join in on the adventure and scoop those awesome prizes!

What Pragmatic Play Has to Say About the New Title?

Pragmatic Play’s Chief Business Development Officer Yossi Barzely said that Buffalo King Megaways was another addition to the developer’s thrilling collection of classics that Pragmatic Play has turbo-charged with the mega-popular Megaways mechanics.

Barzely added that they were always trying to find ways to bolster their product range with engaging themes and exciting titles, so they were all looking forward to seeing how Buffalo King Megaways would be received by their fans.

Buffalo King Megaways is a nature-inspired title that puts you at the forefront of the experience, therefore, join the king to get endless Multipliers and enjoy the element of control over how your adventure will pan out. The new release arrives hot on the reels of recent hits like Juicy Fruits, Power of Thor Megaways and Sweet Bonanza, joining over 200 HTML5 titles in the developer’s award-winning portfolio. Given its high quality and massive rewards, make sure you try it out the first chance you get.