There’s no better way for content providers to expand their reach than by securing licenses to operate in new territories. This gives players an untapped markets a chance to access premium content from some of the best game suppliers worldwide. Of course, it also allows up-and-coming iGaming companies to showcase their work to a much wider audience. Above all, this is done in a regulated market to ensure both sides are safe from unfair deals.

We’re happy to announce that players in the UK will soon be seeing much more top-tier content in their favorite online gambling venues. Spinomenal, one of the most popular iGaming providers on the scene has just obtained a B2B license from the UKGC! Thanks to this undertaking, the global powerhouse will now be able to establish deals with well-known companies in the region and provide its game portfolio to new UK-based casinos.

If there’s one thing we know about Spinomenal, it’s the company never fails to provide excellent online gambling content that players can’t get enough of. Established in 2014, the supplier has a pretty impressive track record for its relatively short time on the market. It has over 300 games under its belt, including Scratch Cards, classic RNG table games, slots, dice games, and more! Its diversity is hard to beat, which is why so many players are drawn to its titles. It doesn’t stick to a repetitive routine, it explores various avenues and yields excellent results. 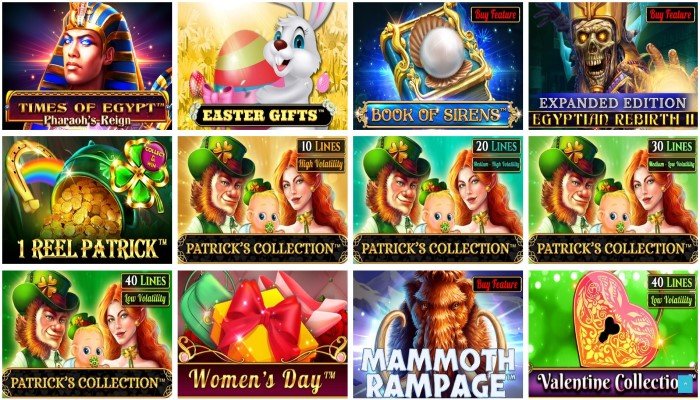 If you’re a stickler for specifics, we’re happy to share some of the games included in the provider’s roster. Slot fans can enjoy popular picks like Easter Gifts, Mammoth rampage, the Demi Gods series, Golden Piggy Bank, and many others. These themed games are starkly different, so you can explore their fun gameplay without getting bored! On the classic table games front, its European Eoulette titles stand out. With European Roulette and European Roulette VIP in the mix, you’ll be sure to enjoy a modern iteration of an old-school classic.

Plans for the Future

In the past few years, Spinomenal has been on a mission to reach new territories. It’s obtained licenses from the Malta Gaming Authority, Sweden, Romania, and the Netherlands. The UK was just another stepping stone on its path to expansion. We’re sure the iGaming giant is planning to conquer new regions, but no concrete plans have been presented yet. For the time being, its main concern is establishing new partnerships with top-tier UK casinos to bring its coveted game collection to players in the area.

Are New Online Casinos Better than Old Ones?

The Great Wall of China Was Partially Funded By Keno: True or False?