NetEnt Partners with Fashion TV to Deliver The Trillionaire

One of the biggest game studios in the iGaming industry, NetEnt, is widely known as one of the best in the game. The industry-leading studio has released countless hit slots with excellent gameplay and the most stunning graphics you’ve seen. Some of NetEnt’s slots look straight like video games which is why everyone loves them so much. The studio isn’t set on stopping anytime soon – if anything, it aims to do even better.

One of NetEnt’s latest upcoming slots is The Trillionaire which the Swedish studio has developed in collaboration with (surprise, surprise) Fashion TV. The unusual team-up has resulted in a branded slot set to be released into the wild next month. Even though NetEnt has been kept details on the slot under wraps, we don’t doubt that it will be a glammed up slot paired with free spins and bombastic gameplay. 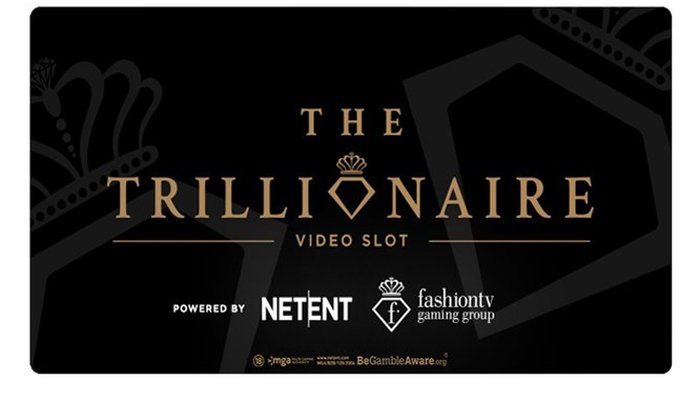 NetEnt Continues to Diversify its Portfolio

The new partnership deal puts NetEnt in a great spot for new players. Fashion TV is a global brand with 2 billion viewers who will surely want to check out the new slot. This isn’t Fashion TV’s first foray in the world of iGaming. As of lately, the TV channel has formed the Fashion TV Gaming Group which aims to pair the fashion world glam with online gaming. As Bryan Upton, NetEnt Director of Games put it, Fashion TV brings luxury to the online gambling sector as well as established brand identity.

NetEnt’s new partnership is set to bear fruit soon. The developer has announced a new slot named The Trillionaire inspired by the channel’s hit song. It will also star one of the biggest FTV models Anja V. and is already making waves among players. Details are a bit scarce right now, but the studio has released a press image that captures the glamorous world of Fashion TV this time powered by NetEnt.

Fashion TV’s Gaming Group is based in Curacao and holds the license for the channel’s online gambling activities. The FTV Gaming Group provides these services through BetFashionTV, allowing players to try a life of glamour powered by the biggest industry providers. The recent partnership with NetEnt is another sign that Fashion TV is serious about its gaming sector.

More Glam on the Way

We will surely see more games from this collaboration than just one slot. The partnership is set to last and will be beneficial for both parties. It will allow NetEnt to gain access to a world of branding opportunities and help Fashion TV boost its gaming group. NetEnt has been passionate about brand power since its inception, releasing hits such as Jumanji, Guns’n Roses, Vikings, The Invisible Man, and More.

The Trillionaire is the Swedish studio’s most recent branded slot and will surely be among the best. A new long-lasting partnership between the studio and Fashion TV will surely lead to new games and keep the NetEnt fanbase happy. Players always want the best in entertainment and branded games surely provide it.

Why Reading the Terms and Conditions in Online Casinos Is Essential?