A dash of weirdness is almost required if you want to stand out nowadays. That certainly rings true for Fruit Zen slot, too. Set sail across its calming seas to find a myriad of fruits, hypnotic music, and some cool wins!

Details about the slot Fruit Zen

Have you ever seen a piece of artwork that looks gorgeous, but leaves you completely confused? Sure, you recognize all the bits and pieces. But then the artists puts them together, and your brain just fails to fully comprehend it.

That’s how we felt when we first launched this slot. Every part of it shows high production value and a lot of effort! But if you question it even a little, it will leave you scared, confused, and with a big win or two.

Fruit Zen is played on a five reel board, where each reel is three symbols tall. There are a total of ten paylines, which players can turn on or off as they please. To win, collect three or more identical icons in adjacent positions, starting with either the leftmost or rightmost reels. All wins must follow one of the currently active paylines, or the associated cash prizes won’t be awarded.

In terms of special features, there’s only one to look forward to. Stop us if this sounds familiar. There’s a Wild that only appear on reels two, three and four. Each time it lands, it completely fills that reel, and grants a single re-spin. This means a maximum of three re-spins under the luckiest circumstances. If your first guess was ‘Starburst’, then congratulations! You’ve figured out where Betsoft got the idea for this game.

Most themes you come across make sense, in some way or another. But every so often you get something like this release, which can be a lot more difficult to piece together. It’s a fruit machine, but what’s with all the water? Is that crab in the lower left corner preparing to take away our fruity snacks? Will that setting sun ever actually set? So many questions, so few answers…

In fact, let’s keep talking about Fruit Zen’s background image. Despite being launched in 2014, this picture blows away a lot of the newer stuff out of the water. Look at how smooth each wave movement is. The developers even went out of their way to add the reflection of sunlight on the waves! In the distance, you can see the sun’s warm rays illuminating you, adding to the already gorgeous view!

Symbol designs are all sufficiently fruity to fit into this fruit machine. As you play the game, you’ll come across cherries, strawberries, plums, watermelons, grapes, lemons and oranges being used as icons. There’s also the logo of this Betsoft release, which is actually a Wild.

How to Play Fruit Zen

Fruit Zen is played on a 5×3 board with 10 flexible paylines you can turn on and off as you please. These paylines pay both ways, meaning you can land wins from left to right and right to left. Your maximum prize is 500x your total stake: just like Starburst, the slot they’re copying from. Getting anywhere near the jackpot without expanding Wilds is nigh-on impossible, and we wouldn’t recommend trying it!

As we already mentioned, the special feature was borrowed from Starburst. This isn’t the first time Betsoft has done this, either. There was also Boomanji, a game that also used the same mechanics but was themed around fireworks instead. Any long-term readers will know we can’t approve of what this release is trying to achieve. Shamelessly taking an idea without improving it in any way is a negative grade from us.

Changing your bets is one of the easiest things you can do is Fruit Zen. Well, kind of. You pick your coin value and the bet per payline, and set the number of currently active paylines. The only thing we dislike about this system is in its numbers. Some of them are very difficult to actually read. Gamblers can wager between €0.01 as a minimum, or €100 as a maximum. Not the best betting spread, but it gets the job done.

We don’t have a lot to talk about here. There are not to many bonuses. It’s the same special feature you’ve seen in NetEnt’s Starburst a thousand times by now. Only now, instead of stars, it’s now fruits and oceans trying to capture your attention.

When a Wild appears on reels two, three and four, it will expand to cover that reel. This expansion lasts for a single spin, unless the players can draw one more Wild to prolong the bonus. The best option people that like online gambling is to snatch three Wilds one after the other. Doing it this way maximizes the return you get from each re-spin.

Fruit Zen has a medium variance and a jackpot worth 500x your total bet. The slot’s RTP is 95.96%, which is slightly below Starburst’s own 96.1%. It’s also identical to Boomanji’s 95.96% from before. Make of that what you will! 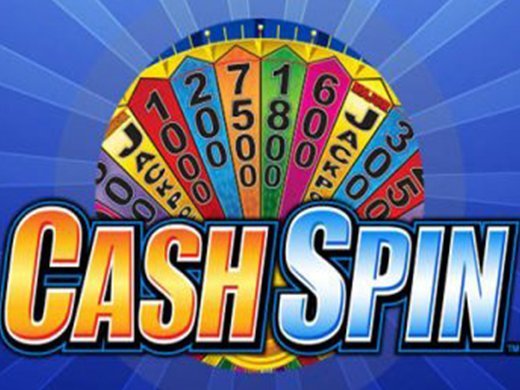