Look for the fabulous Space Stallion! It can turn into a Wild Stallion that will enhance your chances of big winnings! Collect three rocketships to orbit right into the Free Spins Saloon.

Details about the slot Space Stallion

We’ve seen a lot of silly-good themes during our stint as slot reviewers. But few of them could quite match the sheer awesomeness of cowboys in space! How does that even work?

We don’t know, and frankly, we don’t care! So if you’re tired of the same-old ancient Egypt and Asian themed games, then this is the perfect release for you!

Space Stallion is played on a five reel board with 30 fixed paylines. It’s set in some kind of remote, sci-fi settlement. Probably this slot’s equivalent of a far-away town with a sole sheriff keeping the peace! The streets are moderately busy. Every so often, a robot or alien will pass by and disappear in the distance. There’s also an alien too busy taking a nap to notice anyone around him. We also like the fact the developers animated the light sources and clouds moving.

But one part that really sells this to us are the symbol designs. Well, some of them, at least. The weird mix of sci-fi and cowboy is present on almost every human and animal character, which makes them very memorable. It’d be almost perfect: if it weren’t for the playing card royals. They don’t fit with the rest of the icons, and ruins the awesome theme this game has.

There are several special features to look forward to. The first is a chance for Wild symbols to upgrade from a standard 1×1 to a 2×2 tile, called Jumbo Wilds. There’s also a free spins round, during which Traveling Wilds and a progressive multiplier are active. Traveling Wilds are Jumbo Wilds that move down by one position every spin instead of disappearing.

You play this release on a 5×3 board with 30 fixed paylines. To win, players must collect three or more identical symbols in adjacent positions, starting with the leftmost reel. All wins must follow one of the currently active paylines, or else the cash prize won’t be awarded to the punters. The jackpot for Space Stallion is worth 7200x your total stake.

Plenty of bonuses to go through, so let’s not waste any more time and take a detailed look at each one!

There’s a chance for standard Wilds to appear as a 2×2 symbol called the Jumbo Wild. Beyond the increased size, there’s nothing different about how it works. It just has a greater chance of completing a win!

If a Jumbo Wild appears during extra turns, it becomes a Traveling Wild. Instead of disappearing after one spin, the Wild will instead shift downwards every turn. This continues until the Wild disappears entirely. If a Traveling Wild is present on the reels after free spins run out, you’ll be given additional extra turns to finish the bonus.

Every time you win during free spins, the multiplier increases by one. The multiplier does not reset on non-winning spins, meaning it climb quite high to increase your wins while extra turns are being played. 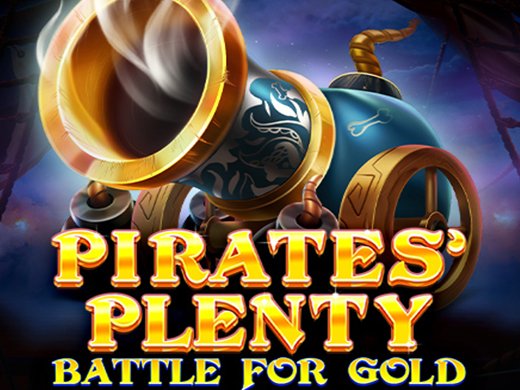 If you told us we’d find one of our favorite slots when we first booted Space Stallion, we wouldn’t have believed you. But Stakelogic has proven just how talented their team is. They gave us an amazing theme, beautiful graphics and engaging special features all in the same game. On top of that, we get a fantastic jackpot. Space Stallion is almost perfect, and we wholeheartedly recommend it.

Dont’t hesitate, try the slot here for free. If you want to play for real money, just visit an online casino that offers Stakelogic Slots. We already selected some casinos for you.