All the great veterans now in an online video slot. Also with Megaways. What's there not to like. This must be the hit of 2020 and Stakelogic developed it.

Details about the slot The Expendables Megaways

Stakelogic is launching a slot based on the first instalment of the popular franchise this year, while players can look forward to lots of excitement, entertaining features and the proven Megaways game engine.

Developed by Stakelogic, this slot game comes with a six-reel seven-row layout – a usual one when it comes to slot featuring Megaways mechanics. In addition to that, it offers up to 117,649 different ways to win instead of traditional paylines.

The list of game symbols starts with the usual low-value set of playing card suits. Next are the symbols featuring the cast members Dolph Lundgren, Jason Statham, Terry Crews and Jet Li, while the highest-paying regular symbol is Barney Ross, the leader of the group, portrayed by Silvester Stallone. Landing 6 of these symbols on adjoining reels – starting from the leftmost one – will result in a payout worth 12.5 times the stake you placed.

In terms of features on offer, players can benefit from Wild and Scatter symbols, as well as a Free Spin bonus round which comes together with an expanding multiplier. Collecting bullet symbols will fill the corresponding meter, and further adds to the excitement. Of course, the Megaways engine allows punters to create consecutive winnings within a single spin.

The Expendables is an extremely volatile game, so be careful when choosing your wager. Its average Return to Player is set to 96.02%, which is definitely OK by us.

How to Play The Expendables Megaways

Played on reel set consisting of 6 reels, 7 rows, and offering between 324 and 117,649 ways to win, this Stakelogic release offers decent betting options for a high variance game.

The minimum stake required to spin the reels is set at 0.20, while the maximum one won’t be able to exceed 20 per spin. As we’ve already pointed out, the extremely volatile nature of this slot allows maximum payouts of 400,000, which is 20,000 times the size of the wager. It should be noted that the maximum award was limited by the developer, and it’s quite obvious why they did it.

Here’s what The Expendables Megaways has to offer in terms of bonuses.

Whenever appearing on the reels, the dog tag Wild symbols will be able to substitute for other regular icons, leading to more winning combinations being formed. However, they will not be able to stand in for Scatter symbols, represented by skulls. Scatters are also used to trigger the Free Spins round, with additional 3 required to retrigger the bonus round.

Once activated, the bonus round will start with 10 free spins and a multiplier of 1x. The latter will be able to increase up to 5x after each subsequent spin. Creating a winning combination comprised of any low-paying symbol will remove that icon from the play until the feature comes to an end. As we’ve said, the Free Spins can be retriggered, without any sort of limits.

Land bullet symbols to fill a meter located in the right corner of the screen. You’ll need 5 bullets to fill it up, which in turn will unlock the Bullet Bonus feature. Gunfire will hit the reels, and 5 Wilds will be added on randomly chosen positions on all reels bar the leftmost one.

This exciting game engine offers a staggering 117,649 ways to win. And here’s how it works: whenever a winning combination is formed, winning symbols are removed, while new ones will drop into their place. If another winning combo is formed, the process will repeat. Megaways will come to an end only when there are no new winning combinations. 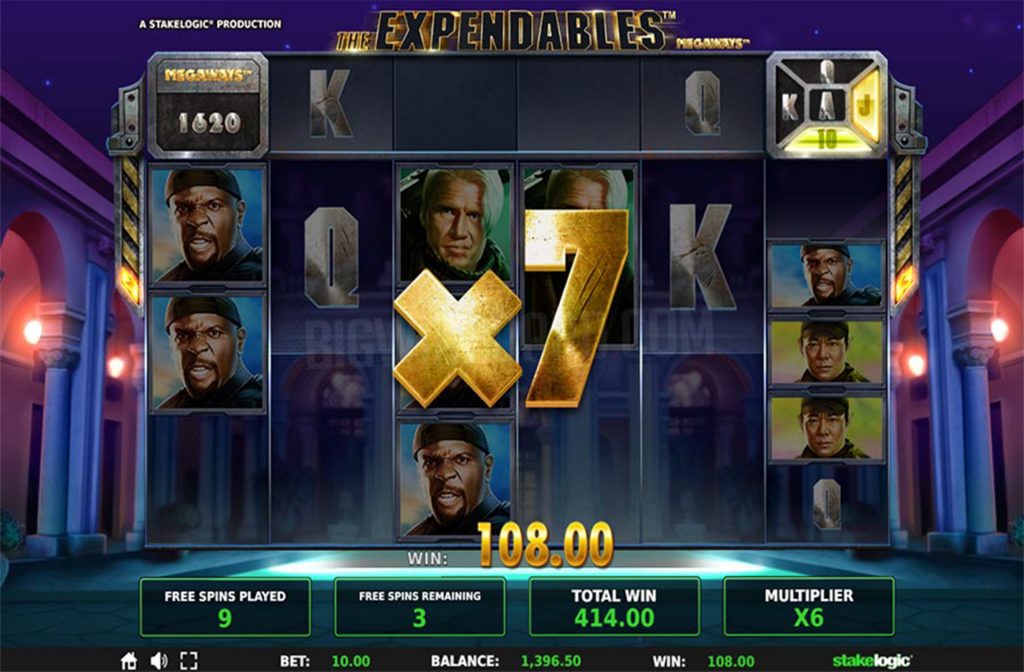 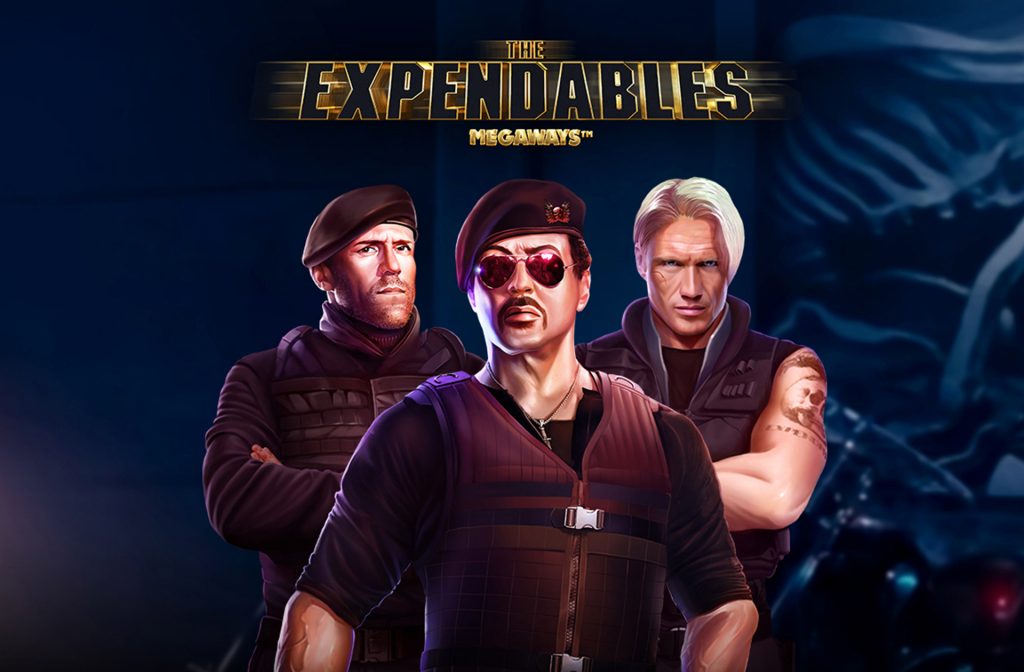 You may not be a fan of the movie, but you’ll definitely like the game. It a nicely-designed slot, with Megaways mechanic and a plethora of exciting and potentially lucrative features. It also offers a fantastic win potential, especially in the Free Spins round, where maximum payouts go all the way up to 26,985 times the stake!

Stakelogic really hits the jackpot with this slot. The Expandables Megaways is one of those slots everey online casino must have.