Not the best slot we reviewed from 1x2 Gaming. I's actually a bit boring. But you can try the slot here for free.

Details about the slot Big Hitter

Every now and then, the topic of classic slots comes up. For some players, they’re a relic of the past. Something we’ve grown past, which is no longer interesting. Other punters will defend them.

They like their simplicity and the fact they can still win big even without many special features. Depending on where you lie on that spectrum, you may love or loathe Big Hitter. For us, it’s a rather average game.

This release is played on a three-reel board with three fixed paylines. We don’t have a lot to say about the graphics, as they’re basically non-existent. The background is a solid purple color, which fades to black as you reach the edges of the screen. There are no additional details to be found, or cool animations to get excited for. Just the reels themselves, and the user interface used to play Big Hitter on the right side of the screen.

Symbol designs are exactly what you expect them to be. They’re comprised of several fruits: cherries, lemons, oranges, and grapes, to be exact. Other available icons include golden bells and the bar symbol. All of these icons are staples of the classic slot theme, so we’re not going to hold this against the slot. Like everything else with the game, it’s something you accept or you don’t.

Fortunately for this release, there are a few special features. Every time there’s a winning combination, you can get a multiplier to appear next to the winning symbols. This boosts the payout the icons give you, increasing the reward you get. There’s also a gamble feature, where you can double your prize up to three times. No free spins or Wilds, however. What you see is what you get in Big Hitter.

How to Play Big Hitter

You play this slot on a 3×3 board with 3 fixed paylines. To win, you must collect three identical symbols in adjacent positions, starting with the leftmost reel. All wins must follow one of the currently active paylines, or else the cash prize won’t be awarded to the player. The jackpot for Big Hitter is 1000x your total stake, which is great for a simple game like this.

You can try the slot for free on this page. If you want to play for real money you’ll have to go to an online casino. We selected some good casinos for you.

There aren’t many special bonuses available in this 1×2 Gaming release. The ones which are available aren’t very complex, either. That said, they can create some decent wins under the right circumstances!

These have a chance of appearing on the small square next to each of the three reels. The multiplier that can appear can increase your win by 2x, 5x or 10x. This increase only applies for that individual reel. And yes, it is possible to get a 10x multiplier on all three reels at the same time! Incredibly rare, but possible.

If you want to boost your wins further, you can use the Gamble function. You wager your prize in a coin toss. If you win, the prize is doubled. If you lose, you don’t get anything. You can Gamble up to three times, increasing your win up to 8x if you’re lucky enough. 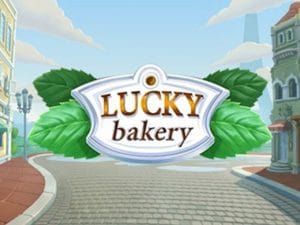 One thing we can say for certain: we’re definitely not the target audience for Big Hitter. Each reel being its own payline with no connection between them wasn’t that interesting. The special features, while being able to award interesting wins, are very basic.

In an effort to make a simple slot, the developers went too far in the other direction. The low RTP and lack of interesting gameplay means we won’t be revisiting this game.

What Are Rolling Reels Slots and How They Work?