The leprechauns are actually baby leprechauns in this slot and they are super adorable. With 1024 ways to win there are lots of winnings to come. Try it for free.

Details about the slot Rainbow Wilds

Irish themed slots have been around for as long as we can remember. We don’t know where the idea to put leprechauns or pots of gold into games came from. But we have to thank whoever came up with it; they gave us countless hours of fun!

Iron Dog Studio decided to revisit the popular theme, and see if they can’t put a modern day spin on it.

This release is played on a five reel board with 1024 ways to win. The background shows two cute leprechauns hanging out in the middle of some overgrown four-leaf clovers. In the distance, you can see the familiar rolling green hills of Ireland. As well as a beautiful, serene lake! It appears some elements of the background are separate from others. The leprechauns in particular have a weird habit of loading in after everything else.

Credit where it’s due, there are no playing card royals in Rainbow Wilds. Instead, the slot gives us symbols like gold-plated four leaf clovers, horse shoes and birds, red hearts, lyres and mugs of beer. Various colorful fruit icons take the place of playing card royals, which is a much better fit thematically.

In terms of special features, the game gives players tumbling reels, free spins, sticky Wilds, expanding Wilds and a progressive multiplier! Not all of these bonuses can be accessed immediately. Some, like the multiplier, require punters to trigger another special feature, like the free spins. There’s a fair amount of interplay between all of the bonuses, which we really enjoyed.

How to Play Rainbow Wilds

You play this Iron Dog Studio release on a 5×4 board with 1024 ways to win. To win, players must collect three or more identical symbols in adjacent positions, starting with the leftmost reel. All wins must follow one of the currently active paylines, or else the cash prize won’t be awarded to the punters. The jackpot for Rainbow Wilds is a mouth-watering 6000x your total stake. Here you can play the demo version if you want to play for real money, just visit one of our casino sites.

There are a fair amount of special features to cover, so let’s not waste any precious time and get right on that!

After each win, existing symbols will be removed. New icons will fall down to take the empty spaces left behind by the tumble win. This allows players to collect several wins at the price of a single spin! Keep an eye out for tumbles, since they’re also used to activate free spins.

This Wild only appears on reel three. When it lands, it freezes in place for a single spin. Yes, that means it even persists through tumbles, which usually remove icons.

These Wilds only appear on reels two, three, four and five. They expand to cover the entire reel when they appear.

This bonus is only available during free spins. Each time a successful tumble win happens, it boosts the multiplier by one. There is no cap on how high the multiplier can go, so cross your fingers and hope you get lucky! 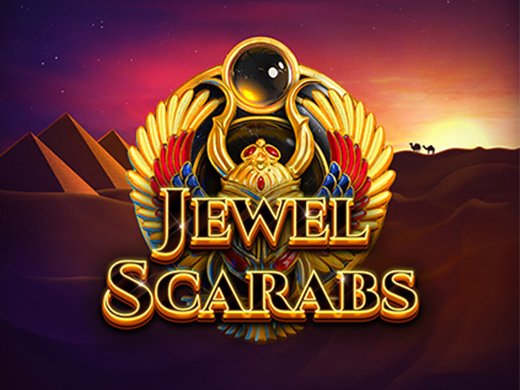 We thoroughly enjoyed this slot. The special features were the thing we enjoyed most. There’s a decent level of interaction between the bonuses. You need tumbling reels to activate free spins, and you need both those special features to increase the progressive multiplier. Our only gripe is the visuals, which felt a little weird at times.