Vikings slot is one of the most ambitious NetEnt productions to hit the market. But is it as grand as it first seems, or just a pointless tie-in? Find out in our review!

Details about the slot Vikings

We still remember the initial rush of excitement when we heard NetEnt said they were making this slot. The saga of Ragnar Lothbrok made for a fantastic TV show! So we were curious to see how the developer would translate it into a full release.

And while the wait was as long as Nordic winters, it was more than worth it! Vikings was everything we hoped it would be: full of special features, lots of paylines and spectacular jackpots.

The slot is played on a 5 reel board, with each reel being three symbols high. During one of the special feature, the playing field drastically expands. You get seven reels during this bonus, and each reel is five icons high! And from the initial 243 ways to win, it increases to a stunning 78,125!

To win, simply collect three or more identical symbols in adjacent positions, starting with the leftmost reel. And since the game uses the Ways to Win system, you don’t have to worry about strictly following paylines either.

All three special features are simple to understand, and can earn you some great wins. Players will be treated to free spins with an expanded reel, randomly activated mystery icons, and a Hotspot bonus!

Most licensed releases demand that you have seen the show or movie so you understand what’s going on. As much as we loved the South Park slot, for example, you’d be completely lost if you weren’t an existing fan. Vikings doesn’t have that issue! Sure, you may not recognize the characters, but that’s the beauty of our Norse badasses. Their awesome transcends movies and TV shows.

The background image, and graphics in general, may be some of the best we have seen from NetEnt. Just about every element on the screen is animated and moves around in some way, shape or form. The most impressive part is that the banner, grass, tree and snow are all synchronized to the wind blowing. The whole review could just be us gushing over the visuals. But we’ll spare you the trouble!

Anyone who’s read our reviews for a while knows we’re quite particular with symbol designs. So, how does this game fare? It’s about what we expected, with playing card royals and the show’s most popular characters filling the reels. But we do like the clear effort put into making the numbers and letters fit the theme. They’re made of steel, and have been stained by the blood of the enemy, making each win that much more badass.

How to Play Vikings

NetEnt’s release is played on a 5×3 board with 243 ways to win during normal gameplay. But more is always better, and Vikings delivers on that front spectacularly. When free spins are active, the reels will increase to a massive 7×5 playing field with 78,125 ways to win. It’s not quite Megaways, but it comes really close! Both in the absurdly high number of paylines and the awesome jackpots you can win from this slot.

That said, this is one game you can’t afford to let you guard down. It has three special features, and a high volatility. It will tear through your wallet if you’re not careful, and leave you penniless. This is, of course, balanced by the lucrative special features that occasionally make an appearance. The Hotspot bonus is the most common, and the mystery icons follow suit. The rarest and most valuable of the bunch are the free spins.

Your minimum stake starts at €0.20 per spin. It’s great value for a 243 ways to win game. But even more so when you consider the number of paylines goes up to 78,125 under the right conditions! Of course, if you’re looking to bet big and win bigger, NetEnt has you covered. Your maximum stake goes up to €100 per spin, which is nothing to sneeze at. Especially if you win the 10,000x jackpot!

In the chase for innovation, special features often come with caveats. This isn’t something we mind, but it can add needless complications to the mix. Just look at Turn Your Fortune to see how it can negatively impact a release. Fortunately, Vikings avoids this problem entirely. All bonuses are easy to understand and incredibly lucrative. Our favorite combination!

When first starting the slot, you’ll notice the third reel is highlighted with a silver glow. This is the Hotspot! When a fully stacked Viking symbol lands here, it will transform all other human characters into that Viking. It will then activate Scatter Pays – meaning all the transformed human icons will grant their pay from any location. This only lasts for that single turn. It should also be noted that during Scatter Pays, the Viking symbols award a better cash prize than usual.

Both during free spins and normal gameplay, this special feature will randomly be triggered. A shield wall will obscure your view of the reels, and will transform all icons beneath into a single symbol. It’s not a guaranteed win, but it comes quite close to being one!

Collect three Scatters in the third, fourth and fifth reel to win seven free spins. During these extra turns, an alternate board is used. One with seven reels and five rows, and 78,125 ways to win instead of the standard 243. It also has three Hotspot locations instead of just one, further increasing your odds of winning big!

The game has a high volatility and a jackpot worth 10,000x your total stake! This NetEnt release has an RTP of 96.05%, which is just slightly above the current industry average. 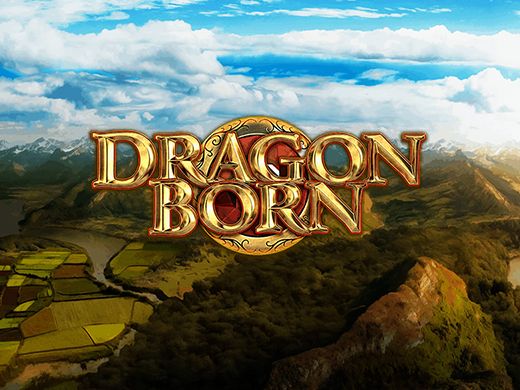 When Vikings was first announced at ICE, we were moderately excited. And once we got our hands on it, we knew this was the real deal. Every aspect of this slot is fantastic, and is just begging to be played.

It’s not perfect, but it comes damn close to it. We had a blast playing this slot, and we can easily recommend it to anyone who likes high volatility and huge wins.