With a dazzling number of ways to win, Big Time Gaming has developed with Dragon Born a fantastic slot. Try Dragon Born for free right here and find out how to play it in our review.

Details about the slot Dragon Born

Try Dragon Born For Real at These Casinos

Fans of the fantasy genre can finally rejoice! For they will no longer have to suffer under the plight of an idyllic, peaceful kingdom. Everyone knows you need a little mayhem to make things interesting, and that’s exactly what this slot offers!

Take in the gorgeous, scenic view of the vast lands beneath one final time. Because the Dragon Born is ready to spread its wings and ravage the land – and net you a tidy profit!

This game was released in 2016, and places you in the position of the fire-breathing dragon instead of noble knight. There are a total of six reels, with differing heights thanks to the MegaWays system. That means that the number of available paylines changes with each spin – up to a maximum of 117649 ways to win! To complete a win, players have to connect three or more identical symbols in adjacent positions from left to right.

Despite being a scale covered tank that can shoot fire and fly, neither of the special features indulge that fantasy. That said, they do offer some incredibly tempting bonuses! Full reel Wilds that come with a multiplier up to 7x, and can multiply each other. The winning potential on that special feature is insane, but Dragon Born also offers free spins with stacked Wilds, too!

The breath-taking view is honestly one of the things that sells the theme to us. Seeing the vast kingdom below, living a peaceful, idyllic life.. it does not need animations to look gorgeous. We would have liked a special feature where the dragon rampages, and the scenery changes. However, we will take what we can get!
And while we love nearly everything about this slot, symbols still remain Big Time Gaming’s weak point.

Playing card icons come with human variations, which feels like a great way to sidestep things. But these human symbols only appear sometimes, and most of the times, you end up with reels full of letters. We understand the artists wanted to avoid the icons appearing stretched out, but this approach ruins Dragon Born’s appeal. It is a shame, because we loved the rest of the game’s graphics.

This Big Time Gaming release is played on six reels. Thanks to the MegaWays system, each reel’s height changes every time the reels are spun. A reel can display only two symbols, or up to seven, all depending on how lucky you are. On average, however, you always get more options than with traditional fixed paylines. Playing at the optimal 117649 ways to win is incredibly difficult, as a result! Unless you trigger free spins..

We are certain some online gamblers are suspiciously squinting at this slot, waiting for the Bonanza comparison. The core elements are certainly there – grinding for a massive jackpot has not changed at all! That said, the full reel Wilds alone create a game that feels much different to play. Incredibly volatile and prone to beating your wallet with a baseball bat in a dark alleyway.. but quite fun!

For those who can stomach the high-risk, high-reward gameplay, Dragon Born is great value. Your minimum wager is €0.20, the same as a 20 payline slot. And yet, here you have literally thousands of other ways to complete a winning combination! The maximum total bet is set at €10.

It doesn’t have as many special features as some other games released by the same developer. That said, what it does offer is incredibly powerful, so read carefully!

A jester Wild will cover the entirety of the reel it lands on, substituting for any icon except the Scatter. Each full reel Wild comes with a multiplier that can reach up to 7x. If the Wild is part of a winning combination, the multiplier increases the prize you win. Pretty standard stuff so far.

Collect three, four, five or six Scatters to win six, twelve, twenty-five or fifty free spins. Each time another Scatter lands, it adds another free spin. So, theoretically, you could play bonus turns forever, if you are lucky enough.

The real meat and potatoes behind this bonus is the fact free spins reels are fixed at 7 symbols height. That means each spin is played with all 117649 ways to win enabled for gamblers! Paired with the multiplier Wilds we mentioned earlier? It quickly catapulted Dragon Born into our favourites list.

We have to warn players coming into this slot that it is highly volatile. Games that use Megaways systems often are, but this one is doubly so. The vast majority of your playtime will be pressing the spin button for minuscule wins or no wins at all. As such, if you prepare to tackle this beast, make sure to budget accordingly, and don’t rush. Last thing you want is to spend your cash before you get the big jackpot!

The RTP for Dragon Born is at 95%, which is below the current industry average. Not surprising, considering how volatile the slot truly is. 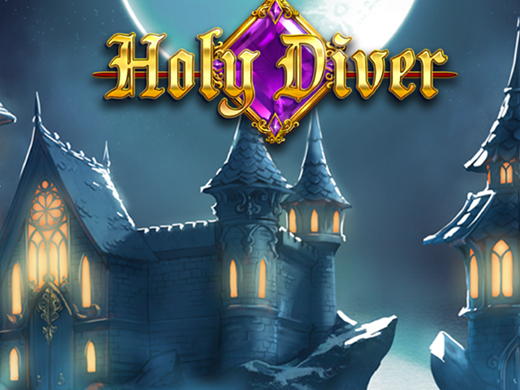 We loved every moment we spent playing Big Time Gaming’s release. It takes the thrill of Bonanza, while at the same time offering new bonuses and gameplay to keep it interesting.

We imagine Dragon Born, like many other games by the same developer, will be an acquired taste. The steep volatility and Megaways system will not appeal to everyone. But the promise of thrilling jackpot is a universal language – and we imagine many gamblers will be tempted to try their luck.