Plunge into the cacti-strewn canyons of the Wild West with the Sticky Bandits, as they attempt to rob the runaway train featuring dodgy desperadoes, dynamite, and a killer spaghetti western soundtrack.

Details about the slot Sticky Bandits

Sticky Bandits is one of the titles that feature Quickspin’s innovative Achievements Engine which generates tasks and challenges players to complete them in exchange for access to the game feature. Action takes place in canyons of the Wild West where a group of villains is about to rob a runaway train.

If you believe crime can pay but know better than to try it in real life. Join these dodgy desperadoes well-equipped for the task at hand. Massive Wilds will doubtlessly help during low-action base game but their real potential becomes evident only once the reels start spinning for free.

The Western theme is consistently applied across various visual elements as well as the soundtrack. Your new friends, a female bandit and two dangerous-looking fellows (which are incidentally also the highest paying symbols), found themselves a deserted spot by the railway from which they can easily pounce on the approaching train.

Winning combos can also be created by landing at least 3 bags filled with gold coins, dynamite sticks or identical royals. Large images of the two train heist villains have a double role; they will substitute for all other symbols and help trigger the Free Spins feature.

How to Play Sticky Bandits

The game plays on a 5×5 area with 30 fixed bet lines and matching symbols paying in succession from left to right. Pretty much everyone can join Sticky Bandits and share their valuable catch thanks to the minimum bet of €0.15 which is lower than average. With €90 per spin on the other end, the adventure should may also be tempting enough for high-rollers.

On this page you can play the demo of Sticky Bandits. If you want to play for real money, just visit one of the gambling sites that we selected for you. We screened these casinos and they’re safe to play.

Massive Wild symbols 2×5 in size land on reels 2 and 4, with each appearance pretty much guaranteeing a win. They’re not willing to show very often but can pay decent amounts when combined with one of the high-value icons.

In order to start playing for free, one has to land Bonus train symbol on reel 1 and a Wild icon on reels 2 or 4. The reward consists of 7 Free Spins with the positions occupied by Wilds remaining Wild for the duration of the bonus round. Every new substitute symbol will also stick to the reels until the feature ends. Sadly enough, re-trigger is not an option since Bonus icon won’t show up for as long as the house pays for your spins.

All Quickspin titles that incorporate the Achievements Engine feature multiple achievements with four levels – Bronze, Silver, Gold and Diamond. The challenge may be to spin a full reel of Wilds or win more than the specified bet multiplier. By accomplishing these tasks, players level up and are eventually rewarded with tokens which allow them to activate the bonus round. That means that, instead of waiting for the required triggering combination, one can start spinning for free as soon as the required level has been reached. 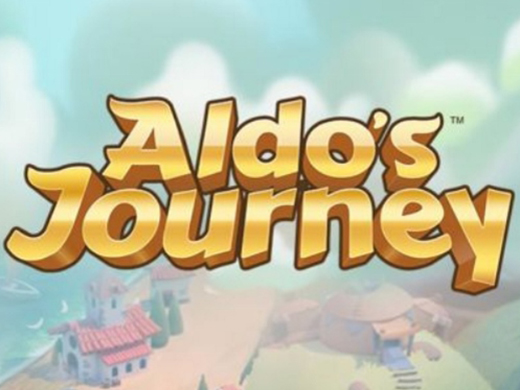 Quickspin always makes sure its slots look and sound good so we’re not surprised to find well-designed visuals and spaghetti western soundtrack. However, relatively high volatility will not please everybody. Spins rarely pay without at least a portion of the massive substitute symbol visible on screen. Free Spins bonus round can be truly lucrative thanks to massive sticky Wilds but it takes forever to trigger. Still, Quickspin clearly knows what players are looking for as the game was successful enough to warrant a sequel.