Dynamite Riches is set in an abandoned diamond mine that everyone thinks is exhausted. An old miner knows better. He's trying to find diamonds with dynamite.

Details about the slot Dynamite Riches

According to archaeologists, people started mining for gold about 7,000 years ago. The fact that there may be gold waiting to be unearthed beneath your very feet might give you the idea to do some panning yourself.

Let’s be honest, though; you’ve got a far better chance to find gold by playing Dynamite Riches. It requires no preparation whatsoever and Red Tiger Gaming provides you
multiple tools that you need for liberating this valuable substance. You find the gold in the mine.

Gold mining is a popular theme and several developers feature at least one such title in their portfolios. Rather than try to differentiate via the game’s visual appearance, Red Tiger Gaming opts to do so through symbol combinations that trigger multiple special features.

Themed symbols create high and medium-size winning combos. The gold digger, tools of his trade and the reward for his hard work, a bag full of gold. Playing card suits designed as gems pay smaller amounts when 3 or more appear on adjacent reels and the same payline. There are 3 different Wild icons depicted as dynamite, a bar of gold, and a shining diamond. Each has a special role and appears at different stages of the game.

Above the reel area you’ll see the progress bar designed as a fuse and above it four padlocks which represent 4 stages of the game. You’ll move from one to another by landing Dynamite Wilds necessary for unlocking four random features. The progress is linked to the stake so it’s possible for the same player to have different progress levels at different stakes. Rewards are well worth the effort as they allow you to get rid of pesky low value icons and profit from additional Wilds, super-sized substitutes and win multipliers.

How to Play Dynamite Riches

The reel area positioned within Red Tiger’s mine consists of 5 reels and 4 rows. Before you start spinning and hopefully winning over 20 paylines, you’ll need to adjust the bet size. It seems that Red Tiger Gaming was thinking exclusively of low-rollers; €0.20 is the minimum stake and €20 a very low maximum bet. Choose whatever amount you feel comfortable with and consider using Autoplay button to make reels spin on their own. If you want to play this slot for real money just pick one of the casino sites selected by us that offer Red Tiger slots.

Dynamite Riches slot offers an interesting combination of random features and those activated by landing a number of specific symbols.

To unlock random features that are locked at the begging of the game, one has to keep landing Dynamite Wilds. Each of these Wilds lights the progress fuse before it’s removed from the reels. Once all four bonus features have been unlocked, Dynamite Wilds cease to appear. Unlocked features are activated during the next spin and afterwards trigger randomly.

Requires 6 Dynamite Wilds to unlock. As the name indicates, all low-paying symbols are removed and only high-paying ones land during that particular spin.

Unlocked with 13 Dynamite Wilds. A random number of substitute icons lands on the reels.

Accumulate 21 Dynamite Wilds and you’ll unlock the Multiplier feature which applies a multiplier to the next win.

It takes 30 Dynamite Wilds to unlock Mega Wilds feature and benefit from one or more 2×2 and 3×3 Wild icons.

Landing 3 Gold Spins symbols triggers 8 Free Spins. If more than a minimum three appear at the same time, each will award 2 more spins. Triggering icons continue to land while you’re playing for free and could earn you extra Free Spins – 4 for three Gold Spins symbols and 1 for each additional one. 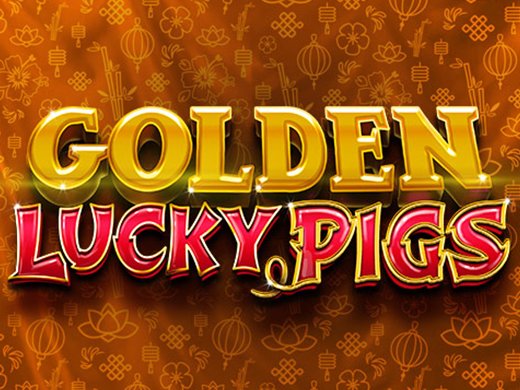 Production-wise, Red Tiger’s mining slot is ok but it’s the gameplay that makes it appealing. We love that Dynamite Riches incorporates four successively unlocked features as it adds to the excitement. You’ll be celebrating each time you move from one stage to another, knowing that once all four features are active, one can score impressive payouts. An engaging gameplay and a good win potential should be enough to please most slots fans.