Chase those attractive flapper girls while you spin the gorgeous art deco reels. Aim for jazzy big winnings with extended symbols. Even the music takes you back to this atmosphere.

Details about the slot Flappers

“Flappers” is a term used to describe Western women from the 1920s, wearing short skirts. Well, short for those days, not for today’s standards. They listened to jazz music, bobbed their hair and behaved in a manner that was frowned upon by the majority of people.

We must admit this is an unusual theme for a slot game, although we’re sure it will feature plenty of Art Deco style and jazz. The Roaring Twenties were an exciting period, which did inspire some of the developers over the year. We’re looking forward to seeing how Stakelogic handled this theme.

The Flappers slot comes with a standard five-by-three layout, as well as 20 active lines to play on. The game design draws its inspiration from the 1920s, boasting a well-designed graphics in Art Deco Style. On the reels, in addition to low-value Royals, players are likely to encounter the adventurous flappers, but also symbol featuring microphones and even Al Capone himself. The famous gangster serves as the Scatter, while the game’s Wild symbol will be able to substitute for all other icons except him.

Both Wilds and Scatters can appear stacked on the reels, 2 symbols high when they find their place on the grid. The symbols featuring flappers can also appear stacked, landing either 1 symbol high or 3 symbols high. They may not be as generous as Wilds – which are the highest-paying symbol in this slot – but they can still award neat prizes.

The average Return to Player is set at 95.48%, which is not so bad for a medium-variance title, although the people at Stakelogic could have done better here. Featurewise, stacked Scatters, expanding Wilds and the Free Spins round are there to help claim bigger prizes.

How to Play Flappers

A lot of excitement awaits once the game’s reels start spinning, while its 20 fixed paylines are more than enough to produce rewarding payouts.

With coin denomination ranging from 0.01 to 5, players have wide betting options, starting as low as 0.20 and going all the way up to 100 per single spin. Since this is a medium volatile game, payouts are going to be well-balanced. The maximum prize is worth 1,798 times the stake, or 179,800!

Wilds will do what Wilds usually do: stand in for other symbols, thus helping players create additional winning combinations. Wilds are also the highest-paying symbols, so expect a hefty payout if all 5 of a kind find themselves on a payline.

Wilds can’t substitute for Scatters, whose role will be to trigger the Free Spins round whenever 3 or more of them land anywhere on the reels.

Once the Free Spins round begins, players will have 8, 15 or 40 spins on their count, depending on the number of Scatters used to unlock the round. Unfortunately, the round cannot be retriggered, which means Scatters will not appear while the feature is active.

The highest-paying symbol will appear only in regular size, albeit they’ll be able to expand, covering one reel or even all of them. 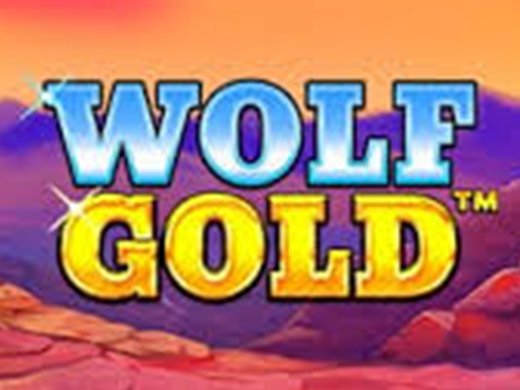 Play for Free
Wilds are the Best 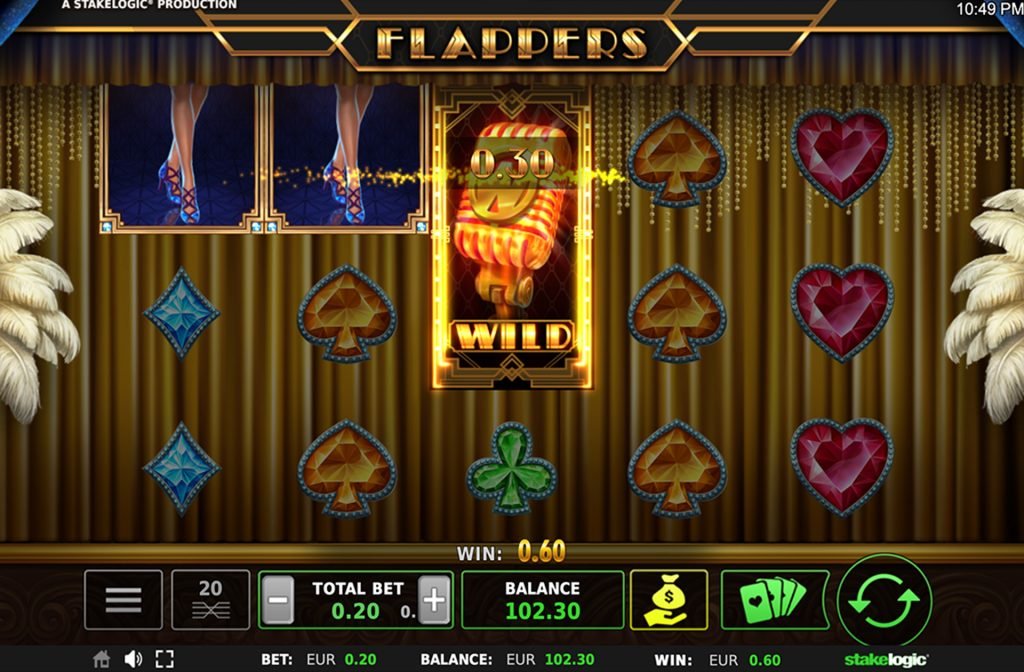 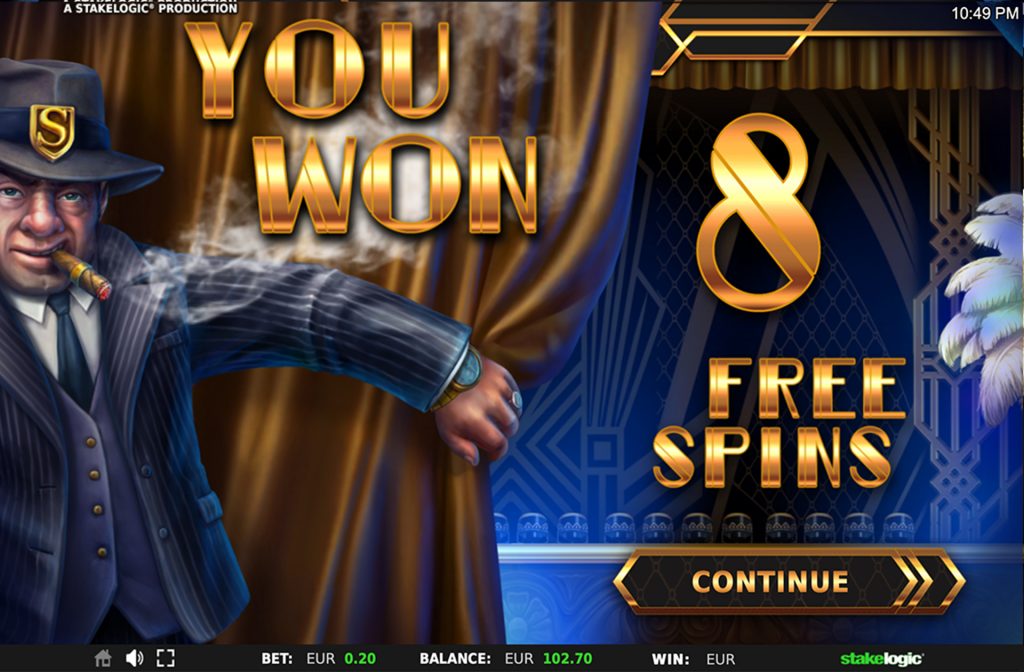 You Can Gamble Your Winnings

Flappers is a decent game, with nice visuals and an immersive retro vibe. Its medium volatility means it’s suitable for a wide audience of players, while the features it offers promise to keep players seated for hours.

The Stakelogic slots are alwya nice to play. Good design and a very nice gameplay. A must have for every online casino.