This videoslot takes you to the beautiful South West of the United States. Meet the Eagle an d the Wolf. Try one of the most popular slots of Pragmatic Play.

Details about the slot Wolf Gold

Where’s the best place to hide treasure? There’s a variety of places to choose from. Beneath the sea or a remote island are the traditional choice. But people expect those locations!

Not to mention your treasure may suffer water damages. Pragmatic Play has a different idea in mind. Their slot guides us to the American Rockies. There, we get to gaze at the beautiful sky, while slowly making our way to Wolf Gold’s fantastic top prize.

The game is played on a five reel board, with 25 fixed paylines. Despite lacking any detailed animations, this Pragmatic Play release manages to look amazing. The primary focus of the artists was clearly the background image and the symbol designs. It’s not the first time we wanted the ability to make the reels smaller. We love the look of this mountainous region as the sun is setting.

Of course, what’s on the reels looks just as good as what’s behind them. The various animals give the board some much needed color. It’s not only that every animal icon is drawn with fantastic detail. But each one also has a different set of color highlights, which makes them stand out even more. The only disappointment in this category were the playing card royals.

Simple but awesome special features are always awesome. This slot has a free spins round, during which the middle three reels spin together, forming one giant colossal symbol. Keep an eye out for the moon icon, too. Six or more moons activates Money Respin, where you can chain together multiple wins. There are also three fixed jackpots above the reels. Their values are always set to 30x, 100x and 1000x your total stake.

How to Play Wolf Gold

You play Wolf Gold on a 5×3 board with 25 fixed paylines. To win, players must collect three or more identical symbols in adjacent positions, starting with the leftmost reel. All wins must follow one of the paylines, or else the cash prize won’t be awarded to the punter. You can wager between $0.25 and $125 on each spin by increase and decreasing your total bet using the plus and minus buttons. The top prize in this slot is 1000x your total stake.

No hunt for treasure is complete without an adventure or two along the way! So let’s see what bonuses Pragmatic Play has in mind for us!

Collect three Scatters in the first, third and fifth reel to win five free spins. During this bonus, reels two, three and four spin together as one big, colossal icon. This creates more opportunities to earn some great, full-reel wins.

Collect six or more moon symbols to activate this bonus. When active, only moon icons and blank spaces can appear on the board. Each new moon symbol that lands resets the number of total re-spins back to three. The special feature keeps going until the entire reel is covered in moons, or no new moon icons appear. If all 15 positions are filled, you win the 1000x mega jackpot. 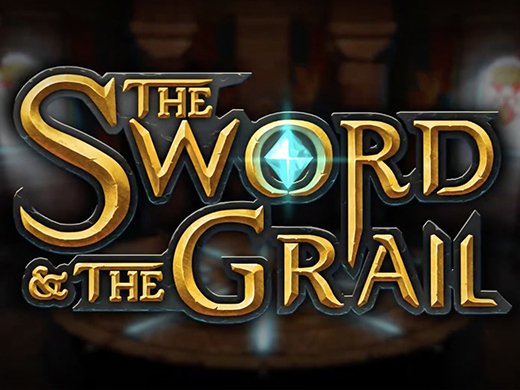 We had a blast playing this game! Pragmatic Play knocked it out of the park. It’s a rare occasion that the re-spins bonus outshines the free spins round. But it just goes to show that anything is possible with the right mindset! If you ever have the opportunity, we wholeheartedly recommend playing this release. It’s not perfect, but it comes damn close to it. Only one question remains. Do you dare venture off into the wilderness searching for the Wolf’s Gold?

This slot is a must have for an online casino.

Aladdin and the Sorcerer