You know you’ve got business with dwarves when you’re mining underground with rockets and explosive barrels! In our review, we’ll teach you to survive Rocket Fellas Inc slot and live to tell the tale!

The world of humans is safe and boring. We value our lives, and try to get by with as little trouble as possible. But not everyone shares our sentiment! One such race as the dwarves.

In their hunt for thrills and wealth, they’re not afraid of undertaking even the greatest of risks. And if that means launching rockets at explosive barrels and risking the whole mine collapsing? So be it! It’s a small price to pay for a chance at winning this slot’s jackpot.

Rocket Fellas Inc is played on a five reel board, where each reel is four symbols tall. Players get thirty fixed paylines, which they cannot turn on and off. On one hand, that means you’re stuck with the wagers Thunderkick already picked for you. But your minimum stake is only $0.10, which is great value for a 30 payline release. Which makes the question of turning paylines off obsolete for this game.

To win, simply collect three or more identical icons in adjacent position, starting with the leftmost reel. All winning combinations must follow one of 30 active paylines, or else the cash prize will not be granted.

So, what kind of special features can we expect? First off, there’s the Rocket which can transform explosive barrels (and itself) into Wilds! There are also free spins, activated by collecting three or more Scatters. During the extra turns, transformed barrel Wilds become sticky. And if a barrel lands on the same reel as an existing sticky Wild, the barrel will also become a Wild.

We can’t say this is an elaborate theme, but it is fun as all hell! There’s just something incredibly satisfying about setting off explosives underground. Maybe it’s the taboo of it all. And since it’s Rocket Fellas Inc on the case, you know that roof is as sturdy as they come! So keep launching those rockets and enjoy the funky soundtrack. The only thing in any real danger is your wallet, if you’re not careful with your wagers.

There’s not much to the background image. After all, it’s a mine. We see some light streaming in from above, which briefly illuminates all the dust our explosive mining kicked up! There’s also a lone lantern doing its best to keep the mining shaft illuminated as we dig deeper and deeper. We’re not stopping until we get our hands on a massive gemstone, so we hope you brought supplies. You’ll be down here with the dwarves for some time. Might as well have a little fun along the way!

Available symbols include four gemstones, four dwarves, an explosive barrel and a cart full of gems as the Wild! We like how Thunderkick color coded each dwarf to match a different chunk of precious gemstone. At least we know what method they use to split the loot between themselves! The game will also occasionally toss out stone fist Scatters and bonus Rocket symbols. These don’t pay anything, but are used to trigger special features.

How to Play Rocket Fellas Inc

Thunderkick’s release is played on a 5×4 board with 30 fixed paylines. And since they’re fixed, that means gamblers cannot turn them on or off at will. Not that you’d really want to turn any off in the first place. Rocket Fellas Inc is a high volatility slot, which means any half-decent wins are quite rare! As such, you really don’t want to miss out on a big cash prize just because you turned off a few paylines to save up on cash.

There’s a great variety of bonuses available to players, which we quite like. Rockets turning barrels into additional Wilds is a great mechanic to keep normal gameplay interesting. It breaks up the monotony, which is super important for high variance games! But then you swap to free spins, and the explosive barrels become a different beast all together! They go from occasionally helpful to a must-have!

Your minimum bet is €0.10 per spin, which is standard for a Thunderkick release. But paying only €0.10 for a 30 payline slot is exceptional! Meanwhile, your maximum wager goes up to €100 for each spin. So while casual online gamblers have plenty of be excited about, high rollers don’t get anything special in terms of wagers. They always have the 7,325x jackpot to get excited over to make up for it.

The best thing about Rocket Fellas Inc is how simple its special features are. They’re quite easy to understand, which doesn’t stop them from being super lucrative. This means you don’t have to look at the paytable for ten minutes to figure out what’s going. Cough, Planet of the Apes, cough.

Collect three, four or five Scatters to win ten, fifteen or twenty free spins, respectively. Snag two or more Scatters to win more free spins while the special feature is already playing! If a Rocket hits an explosive barrel during the bonus, the barrel becomes a sticky Wild. And that sticky Wild doesn’t expire until free spins end! On top of that, a reel that contains the sticky Wild become Hot. If another barrel lands in a Hot reel, it will automatically become a regular Wild.

Join CasinoDays to Play this Slot

Rocket Fellas Inc has a high volatility, and a jackpot worth 7,325x your total bet. The slot’s RTP is 96.1%, which is slightly above the current industry average. 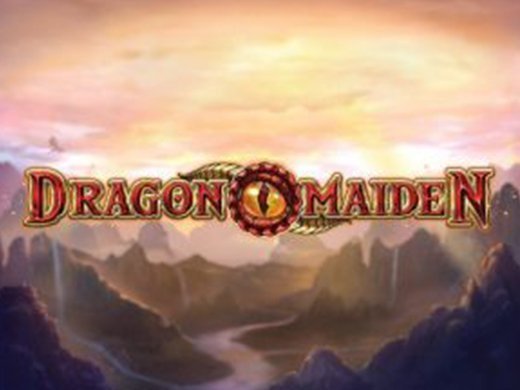 With a fantastic presentation and some super chill tunes, this game got on our good side. And then, with superb bonuses and a super profitable jackpot, it guaranteed we’d stay fans for life. Thunderkick continues to dominate the industry, despite their small size. We can only hope that this trend of fun, engaging releases continues for a long, long time.