With an animated introduction and 3D graphics, this online slot is an instant hit and you’ll find yourself locked into combat with some of the fiercest opposition around.

Details about the slot Knockout: The Last Fight

Boxing doesn’t get much love from the slot community. Unlike the small army of Irish and Egyptian themed slots, boxing titles are much harder to find. Fugaso wisely decided to use the hole in the market to help their brand new release stand out!

But will it work out for them? Or will Knockout: The Last Fight share the same fate as the enemy boxer: passed out on the floor while someone else takes the title?

The slot is played on a five reel board with 40 fixed paylines. We were quite impressed by the visuals. The developer is clearly punching above their grade, especially with the animations on the two boxers. It’s not perfectly smooth, mind you. There are a few hick-ups where it looks a bit awkward. But its miles ahead of some other attempts Fugaso has made. If they keep this standard going, we can see the team going places.

In terms of symbol design, we’re neutral, leaning towards positive. The icons are well designed, and all of them fit the boxing theme the game is going for. And yet, none of them really stand out to us. One thing we can praise the developers on is the inclusion of fully stacked fighter Wilds. Completing a full set is incredibly satisfying. You get to see the boxer in full, and you get a decent win for your trouble!

So, what kind of special features can you look forward to in this release? Well, as we already mentioned, there are stacked Wilds to consider! Not only do they create winning opportunities, but they also trigger free spins! Players also have access to the Knockout feature, which can transform symbols on the board into the same random icon, including Wilds. And last, but not least, are the three progressive jackpots you can snag!

How to Play Knockout: The Last Fight

You play Knockout: The Last Fight on a 5×4 board with 40 fixed paylines. To win, punters must collect three or more identical symbols in adjacent positions, starting with the leftmost reel. All wins must follow one of the currently active paylines, or else their cash prize won’t be awarded. Players can change their bet by adjusting their coin value and bet level. This allows you to wager between $0.20 and $20 on each spin.

To win the match, we’ll need every advantage. So let’s take a look at what bonuses Fugaso prepared for us!

During normal gameplay, stacked Wilds appear on reels two and four. They can grow up to three symbols tall, and substitute for every icon. If a fully stacked Wild appears on both reel two and four, it activates 10 free spins. This creates a new stacked Wild that appears on reel three, and awards two extra free spins when it does.

Another special feature to keep track of is Knockout. It activates randomly during normal gameplay. However, it will trigger on each spin during free spins. Our boxer hits the board, transforming random symbols into the same random icon. This random symbol can be any icon at all, including Wilds.

There are three progressive jackpots in total waiting to be won. All three are awarded randomly, too. There’s no way to control which one you get. So cross your fingers and hope for the biggest one! 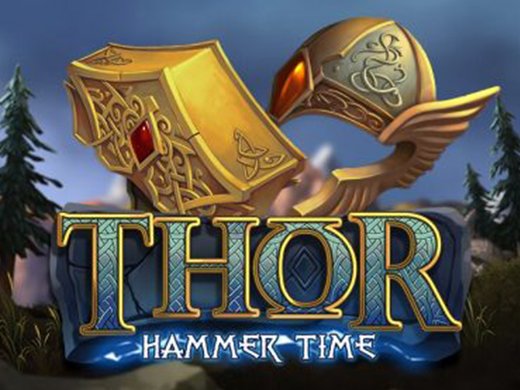 Honestly, we didn’t expect to have had as much fun as we did. The special features appeared frequently enough to keep things interesting. Sizeable wins were scarce, but that’s alright. The design makes it clear any sort of serious win has to come from its special features or the progressive jackpots.