Don’t let the super generic name fool you – this is a game you don’t want to miss out on. Casino Win Spin is a new slot by the increasingly popular Nolimit City studio! And in our review, we’ll teach you all the little details you need to know to win big.

We’ll admit, our first reaction to this slot was incredibly sceptical. After all, Nolimit City has more than proven it was capable of much more ambitious things. Just look at Hot Nudge if you want proof of that!

But after playing the game for a while, we were happy to eat some humble pie. Sure, first impressions are important, but the underlying quality beneath is doubly so! And we can tell you right now, there’s a lot of that here!

Casino Win Spin is played on a five reel board, where each reel is three symbols tall. It has a total of 20 fixed paylines, which players cannot turn on or off. To win, collect three or more identical icons in adjacent positions, starting with the leftmost reel. All wins must follow one of 20 active paylines, or else the cash prize won’t be awarded.

The core of this slot lies in its Wilds! There’s three different Wilds you can make use of. Regular Wilds, Expanding Wilds and symbol Wilds! You’ll come across all three as you play through the game. Keep an eye on the Hot Zones, as they enhance your Wilds and trigger the Spin ‘til you Win bonus. That special feature is your sole gateway to the 2000x jackpot, as you can’t land it without its 5x multiplier.

Sadly, there’s no thrilling theme for us to talk about. Nolimit City’s release is colourful and bright, don’t get us wrong. But being a digital version of a physical machine doesn’t really constitute as a theme! We’re usually not big fans of this kind of nostalgia appeal. But when it’s done this well, it can be difficult to dislike!

Of course, that doesn’t mean Casino Win Spin is without flaws. A quite obvious one would be the background image. The reels are set on a blue background, with red lines streaking through. It doesn’t look bad, but we think they could have done more with it. A small screen corruption effect affecting the background now and then could have been a cool addition, for example.

It’s high quality generic nature also extends to icons! The lowest value symbols include playing card suits: clubs, diamonds, spades and hearts. Those are followed up by fruit icons: lemons, oranges and strawberries. Finally, we get to the most valuable regular symbols: bars, lucky sevens and golden bells! The actual top paying icon is the Wild, but only as a five-of-a-kind win.

How to Play Casino Win Spin

Nolimit City’s release is played on a 5×3 board with 20 fixed paylines which cannot be turned on or off. Casino Win Spin has a medium-high volatility, and a jackpot worth 2000x your total stake! It’s a good top prize, although it’s highly reliant on one special feature. We don’t consider this to be a big deal, as that bonus is triggered frequently.

All the special features revolve around Wilds in some way. Even the ones that don’t at first glance still have different effects if Wilds land on them! If you like Wild-based bonuses, this game is probably heaven for you. Personally, we’re not the biggest fans, but we can understand the appeal. It keeps gameplay fast-paced and enjoyable, while giving you a chance to land some awesome prizes!

To change your total bet, just click or tap the Bet section of the user interface. This opens a separate menu, where you can directly pick your total bet. A swift, simple and satisfying method. If only other developers would follow this example! Your minimum bet starts off at €0.20, while the maximum is worth €100 on each spin! This is an awesome betting spread that will please both casual online gamblers and high rollers.

Just because all the special features are simple, doesn’t mean they’re not fun or lucrative. After all, the slots industry has thrived on just free spins with a few alterations for years! It was only after online gambling became popular that we’ve seen some actual gameplay diversity.

There’s three types of Wilds on the board. Regular Wilds, expanding Wilds and symbol Wilds! All three are usually exclusive with each other. So don’t expect to mix and match as you please – that won’t work.

There are two Hot Zones in the middle of reels two and four. When a regular icon lands there, they trigger the Spin ‘til you Win bonus and become a symbol Wild. If you land a single Wild in the Hot Zone, all regular Wilds will become expanding Wilds. If you get regular Wilds in both Hot Zones, then you get an expanding Wild on the third reel.

Once active, this special feature will create a guaranteed win. Any non-winning spin grants additional boosts which persist until the bonus ends. And, as the name implies: the special feature ends once you win! So, what are these extra boosts you can get from this bonus?

• Spin One: The feature trigger icon becomes a symbol Wild
• Spin Two: A multiplier is applied to all wins. It can range from 2x to 5x.
• Spin Three and after: A spreading Wild appears in the middle position of reel 3.

Casino Win Spin has a medium-high variance and a jackpot worth 2000x your total stake. The slot’s RTP is 96.74%, almost a whole percentage point above the average! 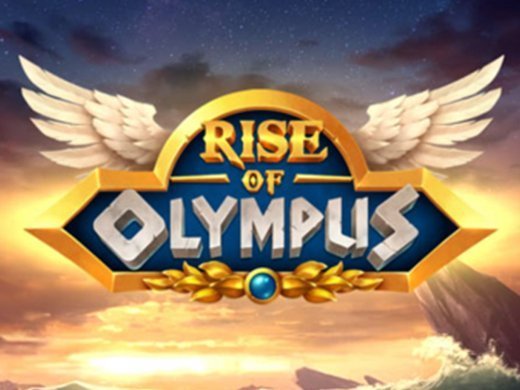 We came into this game fully expecting it to be a boring cash grab. So you can imagine how pleasantly surprised we were to experience the awesome gameplay Nolimit City cooked up for us! While Casino Win Spin is not without its flaws, its positives sharply outweigh any negatives.

As part of our review, we sat down in the evening to give it a few spins. And before we knew it, it was two in the morning! After experiencing that, we have no qualms recommending this slot to our readers.