Set in the cosmos with all teh stras and nebula's in the backdrop, Play'N go has given Chronos Joker a futuristic feel to it.

Details about the slot Chronos Joker

In space, no one can hear you spin. They also can’t see what you’re spinning; perfect for players who want to relax with their chosen slot! Though we’ll admit, we’re not quite sure what the connection between space, time and a court jester is.

But we’re sure someone much smarter than us at Play’n Go has it all figured out! We don’t mind. It certainly makes for an interesting view while we spin this classic three-reel game.

This space-themed adventure doesn’t really have a theme. If it weren’t for the stellar graphics, it would fit perfectly with old-timey releases. Where they just threw together what looked cool and called it a day! And while a consistent theme is a plus, it’s not mandatory. Not when the rest of Chronos Joker looks as great as it does! The background image alone would win us over, with its numerous twinkling stars. But Play’n Go take it one step further by adding beautiful animations!

Available symbol designs will be something you either love or hate. You have a few fruit icons, a call-back to the days of classic slots. You also have all sorts of watches, from different human civilizations. From the dated sun watches, to ones that use sand to function, all the way to futuristic holographic watches! Last, though certainly not least is the Joker himself, who serves as a Wild.

No free spins to look forward to here. Instead, this game relies on two special features: re-spins and multipliers! Every spin has a chance to be amplified with a multiplier, ranging from 2x to 20x. What multiplier you get is entirely random. To win a re-spin, you need to get two identical stacked symbols in two of the three reels. The re-spins are given extra multiplier related properties if a specific multiplier is active when the re-spin activates.

How to Play Chronos Joker

You play this Play’n Go release on a 3×3 board with 5 total paylines, which pay left to right only. If you’re familiar with five reel playing fields, you already know what to look for here. Punters can stake between $0.05 and $100 on each spin. It’s a great betting spread, and one that will particularly appeal to high rollers. Especially if they have a shot at the 1600x jackpot!

Despite its small reels, Chronos Joker has two distinct special bonuses to entertain you with.

All icons can appear stacked. And if two of the reels are covered by an identical symbol, you get a re-spin! This bonus only activates on a non-winning spin. If a multiplier is active, it will trigger Spins of the Past/Present/Future. 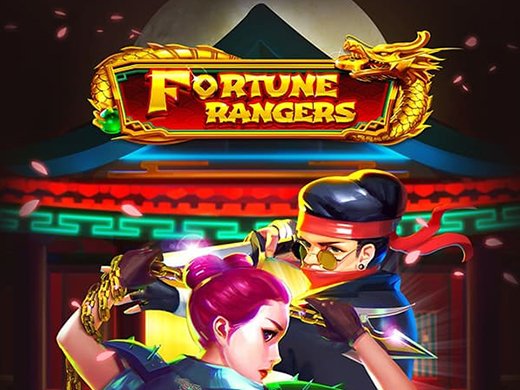 This is a great slot to play if you enjoy special features and a small playing field. Most games with a 3×3 board tend to forget how important bonuses are! That didn’t happen here, however. With its medium variance and 1600x jackpot, we think this Play’n Go release will find a small but dedicated following.

Despite its flaws, Chronos Joker is a slot we think everyone should try at least once. So find an online casino that offer Play’N Go slots if you want to play for real.