It’s a disco like no other – populated exclusively by fruits! In Jammin’ Jars slot, the king of the dance floor will take home the awesome jackpot. Will that lucky person be you?

Details about the slot Jammin’ Jars

If there’s one thing we adore about online slots, it is their innovation. For the longest time, land-based games always followed the same formula.

Some parts may shift, but you never saw the core loop change drastically. But now, we see releases that experiment with the very core of video slots. Like tossing paylines out the window!

Jammin’ Jars is played on an eight reel board, where each reel is eight symbols tall. Instead of using paylines, wins are awarded following a cluster pay system. If there are five or more identical icons adjacent to each other horizontally or vertically, players win a cash prize. Toss collapsing reels into the mix, and you have a winning combination!

Cluster pays and collapsing reels extend into the available special features, too! You’ll come across the Jar Wild, which moves its position after each cluster win. And if you chain multiple wins together using collapsing reels, its multiplier will increase. There’s also a free spins bonus where all Jar Wilds are held in place. Finally, on a non-winning spin, there’s a chance the Rainbow special feature triggers.

What’s the theme of this Push Gaming release, you ask? Honestly, we have no idea. There’s a clear disco inspiration, if the groovy tunes and the large disco ball are any indication. But on the reels themselves, all you’ll find are fruits and Jar Wilds. We’re probably just trying to look too deep into the whole thing. The developers just saw an amusing way to turn the name into a pun and went with it.

The background image is a giant, reflective surface. Kind of like a massively zoomed in disco ball, except completely square.. There are also blue and purple lights that will pass across the glass panes. When they do, the color of the glass beneath changes to fit! It works on a timer rather than actually being rendered in real time. Which can lead to an eventual amusing desync, where you have purple tiles covered by a blue light.

There’s also not a lot to say about the symbol design in Jammin’ Jars. There are all sorts of fruit to choose from, but nothing that really stands out. The icons have some detail present, but not much. They had to be downsized so they could fit on the large grid where the slot is played, after all.

How to Play Jammin’ Jars

You play this game on a massive 8×8 grid with Cluster Pays instead of standard paylines. Collapsing reels also make an appearance, and ensure there’s a steady stream of frequent pays. Don’t take this for a low variance release, however. That’s how it gets you! Jammin’ Jars is high volatility, and can grant some fantastic prizes. But it will also bruise your wallet if you don’t carefully plan ahead.

Now, if you’re interested on getting the jackpot, you’ll have to make good use of the bonuses! Credit where it’s due, Push Gaming didn’t hold back on the special features one bit. In one slot, we have shifting Wilds, Wild multipliers, free spins with sticky Wilds and randomly appearing colossal symbol. Plenty of tools to help you win big, if you know how to use them.

Choosing your wager in this game is as simple as clicking a button! Tap the Total Bet section, and it will open a menu where you can see all available bets. The minimum requirement is €0.20 per spin, which is great for casual online gamblers and low-budget players. The most you can stake on a single spin is €100. The jackpot is a stunning 20,000x your total bet!

Push Gaming’s release relies heavily on collapsing reels and bonuses to award any worthwhile wins. We guarantee you won’t come anywhere close to the jackpot without the help of free spins and Wild multipliers.

Wilds can appear in any position. When they are part of a cluster win, they will randomly move to an adjacent, empty position. After they move, the remaining icons fall in place, setting it up for yet another win. Thanks to collapsing reels, it is possible to chain wins together with the Wild. And each time the Wild contributes to a cluster win, its multiplier goes up by one.

The Wild symbol is also a Scatter. Collect three or more to win six free spins. During this bonus, all Wilds will become sticky. It doesn’t matter if they’re existing Wilds, or new ones that appeared after the special feature triggered.

After a non-winning collapse or cascade, a rainbow will appear above the reels. It will add one or more giant fruit icons to the board to guarantee a win. All giant fruits will be of the same type.

Jammin’ Jars has a high volatility and a jackpot worth 20,000x your total stake! The slot’s RTP is 96.8%, which is above the current industry average.

Play for Free
Some Nice Wins Are Possible 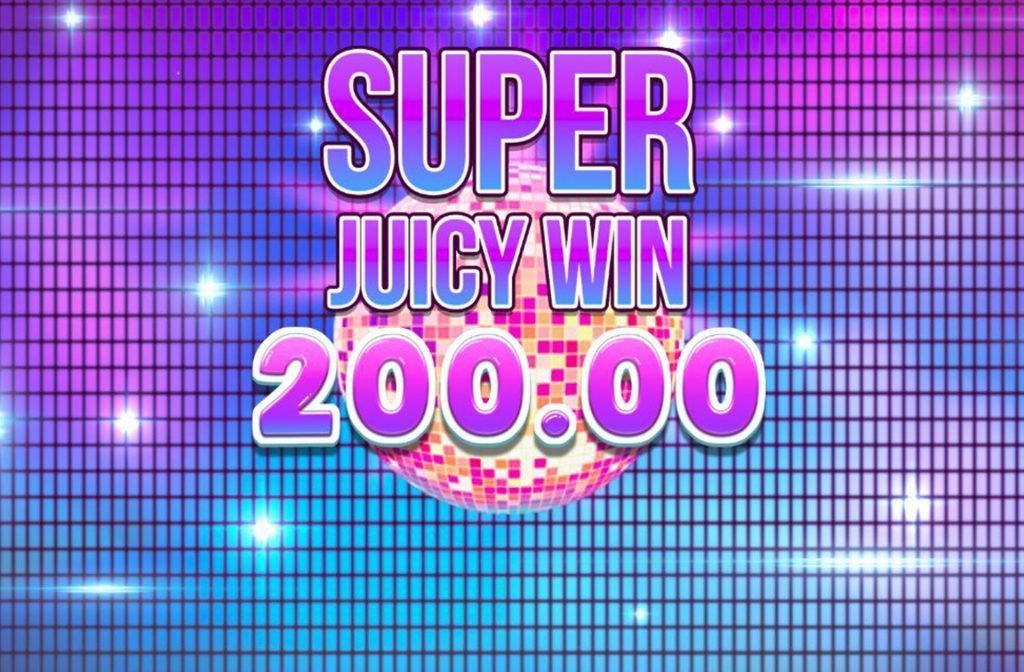 Coloured Jars Are What You Want 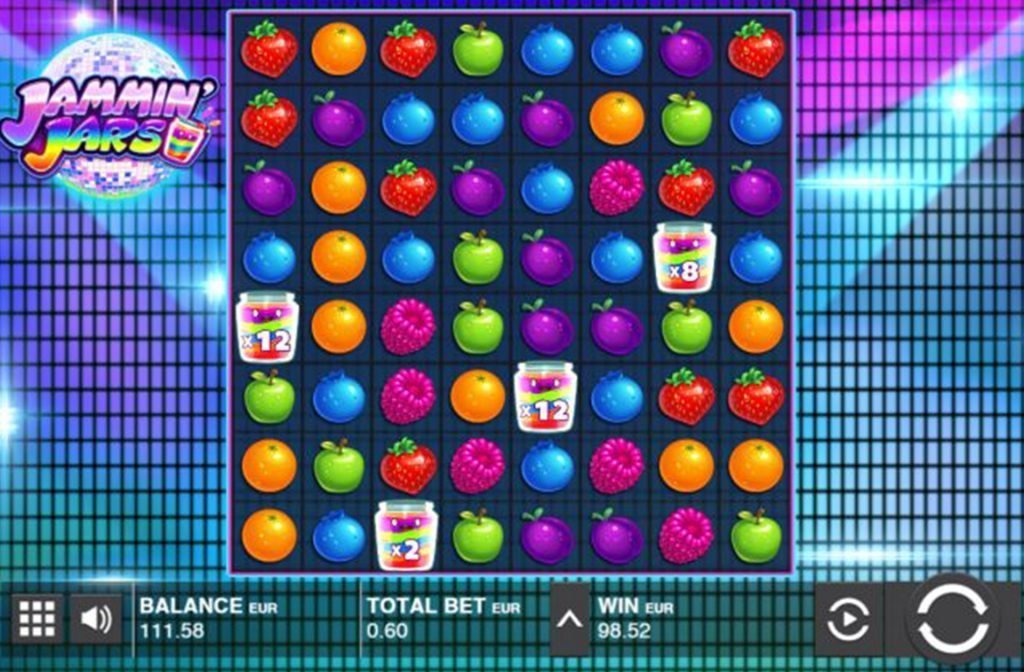 We’ll admit, we’re a little bit biased towards this game. Cluster pays and collapsing reels combined are hands down one of our favorite mechanics. Seeing them executed with such mastery in this Push Gaming release made us fall in love all over again.

The fact we didn’t have any substantial criticism of Jammin’ Jars goes to show how good the slot is. If you’re willing to step out of your comfort zone and try something different, we recommend it.