The mysterious depths of the ocean are calling treasure seekers to try their luck. This time, the treasure is a slot about underwater adventures from Booming Games.

Details about the slot Wild Ocean

It’s crazy to think that we know more about some areas of outer space than we do about the ocean floor itself! Sure, we know the basics. But many details still elude scientists.

Who’s to say what’s really lurking beneath the waves? If you want to find out, you’ll have to dive into the Wild Ocean with us.

The slot is played on a five-reel board with twenty fixed paylines. The background image looks okay, but it doesn’t really stir up our imagination. The absence of any cool animations no doubt takes a toll as well. We’re willing to look past this a little bit, given that Booming Games doesn’t have the same budget as bigger studios. However, it wouldn’t be a fair review if we didn’t mention that the visuals aren’t the greatest.

And it’s not all bad. Symbol designs jump in to the rescue! The playing card royals aren’t that great, but we do like how the developers decorated them. And then you have the various fish, with the most expressive faces we have ever seen! You can easily gleam some semblance of personality off of each one.

While the graphics aren’t the best, the gameplay more than makes up for it. When a special icon appears on the board, it will activate two-ways-pay for the next five spins. Sadly, this bonus cannot overlap with free spins. Extra turns are awarded randomly, and can grant anywhere between six and twelve free spins. During free spins, we get a Walking Wild, which shifts one position to the left after every round.

How to Play Wild Ocean

If you want to play for real money just visit one of the casino sites selected by us. There you can find this slot with a 5×3 board, with ten fixed paylines. Usually, it only pays left to right. However, with the addition of the two-ways-pay bonus, you can temporarily unlock wins both left to right and right to left! Wins are granted when you get three identical symbols next to one another, following a set payline. The top prize you can win in this release is 500x your total stake.

Every special feature in Wild Ocean has a decent winning potential by itself. If you could combine them, you would be able to achieve some mind-blowing wins! Sadly, the bonuses cannot overlap with each other, which is a huge misstep for this slot.

When a special icon appears on the playing field, it triggers this special feature. For the next five spins, prizes will be paid both left to right and right to left. If you draw another special symbol while the bonus is being played, you get five more 2-Ways-Pay spins. If you activate free spins while this special feature is active, it will temporarily pause and let you play the extra turns.

This game’s Scatters take the form of a wheel of fortune. When you collect three of them, those wheels will spin and award a random number of free spins. This means you can win anywhere between six to twelve extra turns.

You need free spins to unlock these special Wilds. When one lands on the reel, it will start moving one position to the left with every spin. Once the Wild reaches the leftmost reel, it will lock in place, and remain there until the end of the free spins bonus. 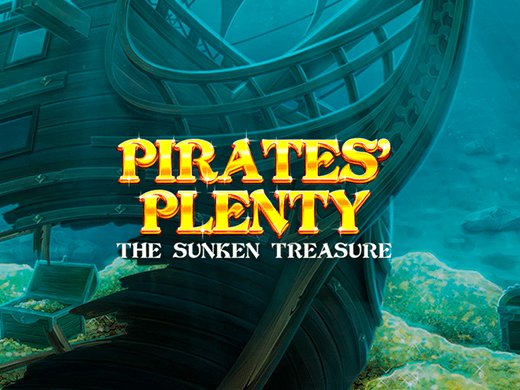 Booming Games has created an okay release. Wild Ocean isn’t bad, but it just lacks that wow factor to draw people in. The visuals are basic, and there’s very little interplay between its bonuses. There’s also the glaring absence of any RTP information, which caused its score to be lower than it otherwise would be.