Join Rich Wilde on his next adventure in the Book of Dead slot! Read our review to find out how to unearth the wondrous wealth of ancient Egypt.

Details about the slot Book Of Dead

There’s something about ancient Egypt that just keeps players and developers coming back to it. We don’t want to say that it’s the most popular slot theme, but it’s certainly within the top five.

This time around, we join Play’n’Go’s resident adventurer, Rich Wilde, on yet another expedition! This time, he’s breaching into a pharaoh’s tomb, to uncover the treasures that lie within. Be very careful as you traverse this game. Or you may find your balance crushed beneath its incredibly high volatility!

Book of Dead is played on a five reel board, where each reel is three symbols tall. There are a total of ten flexible paylines, which online gamblers can turn on and off at will. This is great for fine-tuning your wagers, but we’d still advise against it unless you absolutely have to. Ten paylines is already on the low side, and anything less drastically lowers your odds of winning.

To win, collect three or more identical icons in adjacent positions, starting with the leftmost reel. Certain high value symbols can even grant prizes with only two icons instead of the usual three! All wins must follow one of ten active paylines.

There’s only one special feature available to players, and that’s the free spins round! You get ten extra turns, during which a random expanding symbol is chosen from the paytable. When it expands, the icon will cover the entirety of the reel, which drastically increases your odds of winning big. It’s an awesome bonus, and one you’ve likely seen before. Yes, dear readers, this is Novomatic’s Book of Ra Deluxe slot, wearing a Play’n’Go skin.

Ancient Egypt is a theme that’s been done to death, but has somehow avoided the grim fate of becoming boring. And Play n’ Go’s release does it so well we can’t help but fall in love all over again. The symbol designs and background image come together to make you feel as if you’re about to enter the pharaoh’s tomb. It’s far from the best graphics we have seen, but they’re still pretty good.

We were hoping to see some changes to the background when the free spins round began. How cool would it have been for the pillars to be replaced with a dimly lit room, full of treasure? Sadly, that background swap never occurs, so we’re stuck with the same one the entire time. We wouldn’t mind it if the game included some interesting animations in the background. Instead, it’s completely static all the time.

Icon designs are over-all great. We’re not huge fans of playing card royals, as any long-term reader will know. But we really like the Egyptian decorations added to the letters and numbers in Book of Dead! The unique symbols, like Ra, Anubis, the pharaoh and Rich Wilde all look gorgeous! The only thing we can fault this Play’n’Go release for is the lack of animations. Everything else? Perfectly suited to our tastes!

How to Play Book Dead

This slot is played on a 5×3 board with 10 flexible paylines. It also has a high volatility, and we don’t mean the modern kind. You don’t get two or three frequent special features to cushion the blow. There’s only one bonus in this game, and if you want it, you have to grind hard to get it! And considering the positive gambler reception to Book of Dead, it is clear this kind of old school gameplay is still popular.

If your release has only one special feature, you better be certain that it’s a damn good one. Play’n’Go took the risk, and it paid off for them! As we already mentioned, the core mechanic is borrowed from Book of Ra Deluxe, which was made by Novomatic. But while Novomatic did it first, Play’n’Go did it better. The end result is obvious to see.

Being able to change your coin value, the bet per line and the number of active paylines gives players a lot of control. You could stake as little as €0.01 on each spin if you wanted to. We don’t recommend it, but it’s an option, and the developers trust you to make that decision yourself. Just like they let you wager the €50.00 maximum per spin. If you’re silly enough to try huge bets on a super high volatility slot like this? Good luck. But if you do manage to survive and win the 5000x jackpot, then send us a screenshot!

There’s just one bonus available, but we’d be lying if it isn’t an awesome one. There’s a reason Novomatic themselves re-released Book of Ra six or seven times. The special feature is just that good.

The Book acts as both a Wild and a Scatter combined into one icon.

Collect three or more Scatters to win ten free spins. During the extra turns bonus, a random symbol is chosen to be the expanding icon. The expanding symbol covers the entire reel, but only does so if it will lead to a win. This special feature is essential if you hope to win big!

Book of Dead has a super-high volatility, and a jackpot worth 5000x your total stake. Play’n’Go’s release has an RTP of 96.21%, which is above the current industry average. 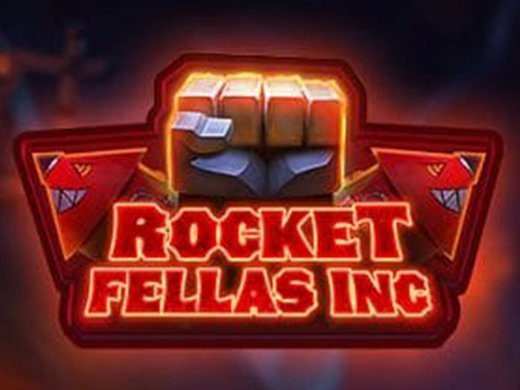 We’re not going to sugar coat it. This slot is, both in theme and gameplay, a rip-off of Book of Ra. But you can’t trademark ideas, so there’s nothing stopping other developers from doing it better. And that’s exactly what happened with this game. There’s a reason Book of Dead is one of the most played Play’n’Go releases of all time. It’s just that good.

If you can stomach the high variance, then you owe it to yourself to try Book of Dead. It’s one of the most popular online slots currently available, and for good reason. It has our whole-hearted support – go and give it a try!